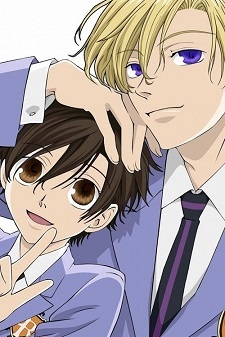 I totally get why Shinchi does what he does by chasing everyone away. It's not him being faulted that I take issue with. Like you said, he handles the whole - my arm is replaced by an alien thing- much better than I would too. It's that the show spins that kind of behavior as romantic instead of problematic that I take issue with. I truly think if you love someone, you trust them, value their opinions, etc . . . yes there's special circumstances going on, so Shinichi's decisions make complete sense to me. It's not what he does that bothers me so much as the way the show frames it. If the show portrayed it as a poor decision, as a selfish one, etc . . . then I would've found that a lot more interesting instead of the typical narrative of a character indulging in man-pain because he refuses to let his love interest in to protect her. It's a really tiring and old trope that I don't enjoy.

I wish he at least fished around or felt tempted to tell her. But instead of just went off on his own thing. Albeit a lot was going on at the time, so that's understandable but still. It's played so typical and straight that it leaves a really bad taste in my mouth.

I don't think Shinichi is sexist. I don't think he refused to tell her strictly based on gender. He didn't tell his Dad what was going on either. I think the trope is sexist. The idea of a male character enduring his angst and man-pain in order to protect his woman by leaving her ignorant, even it by doing so he ends up treating her like a jerk (but of course she's soooo loyal to him and in love with him that she sticks around and just forgives him) instead of respecting her wishes, relying on her, etc . . . It doesn't create a balanced relationship and has some really icky ideas about the roles men and women should have in relationships.

About the PS - I didn't get that at all. To be honest, I barely even noticed you were a dude and I'm not exactly sure how someone picks someone up via MAL. So no, you didn't come across that way. Also, that person seems to think I'm a man, which is kinda weird. I mean, like 80% of my read manga is yaoi and I've watched about 90% of the animated yaoi and shonen-ai so . . . if I'm a man, then I'm really into guy-on-guy action. I'm actually going to ask him what on earth makes him think I'm a dude.

geceyo Oct 5, 2019 2:52 PM
No problem! And I can't say I've been through anything like that myself. I'm mostly speaking through the experience of others, guys like you. Personally, I don't really see the point in chasing females (or males pretending to be females in this case) on the internet, but that's just me.

geceyo Oct 3, 2019 6:05 AM
The person commenting below me is a man in real life, just in case you were curious... Only telling you this because I feel bad for the thirsty guys like you who get into those long conversations with people hoping it'll lead you somewhere romantically only to be left disappointed after finding out the truth lmao, well you're probably still disappointed but at least you know now :P

PaladinAlchemist Sep 22, 2019 1:00 PM
Yeah, I think it was that final scene with the girlfriend I found BS. Like the dead then not-dead or something to that extent. And being in danger, again? She was born under an unlucky star I guess.
About Shinichi's selfishness. It's not the action so much as the framing of it. Some of my favorite characters have done a whole lot worse than what Shinichi did to his girlfriend. I actually like faulted characters and really hate it when fans try to erase their faults. What upsets me about it is how it's painted as something romantic and heroic. If she died because of his actions or left him for good or something and the story showed it as a failure on his part, then I wouldn't have minded it - maybe even gave it a big thumb's up for destroying a trope I don't like. But none of that happens. It's a trope I hate played straight and a huge part of the emotional appeal of the show.
About telling her being good or bad. Weren't people dying left and right all the time anyways? I write for fun, and one trick writer's use is not telling the reader details about things because anything the reader imagines is worse than what the writer could come up with. Telling her would've given her concrete reasons for all the violent deaths instead of what unknown guesses she came up with. But that's beyond the point anyways. The point is he decided for her instead of valuing her opinion.
If the genders were reversed I would've still not liked female!Shinichi, accused her of not truly loving her boyfriend, and calling the boyfriend pathetic for sticking around and all that. But would I call it sexist? Probably not, because there's not a long waaayyyy too complicated history of men being submissive to women in relationships.
It's funny you bring up Yukine, because I actually really don't like him either lol. I found his behavior in the beginning appalling, and I feel Hyori forgave him way too easily and he just kinda annoyed me after that when he got better.
Man, I couldn't watch Devilman and Texhnolyze back-to-back either. Go watch Daily Lives of High School Boys or One Piece or well - anything else instead lol.

PaladinAlchemist Sep 8, 2019 4:00 PM
Man I wish I remembered more about Parasyte because I love discussing stuff like this (so feel free to keep writing essays, I've done the same to other people on here lol).
I can't comment much on the ending, because I don't remember it fully. There was some scene where the girlfriend was dead and then she wasn't or something like that?? I thought something that happened there was really cheap. And the ending did sort of poof out of nowhere that the parasytes just quit doing their thing. I think Devilman has a much better ending - the world literally ends. I think only Texhnolyze rivals Devilman in sheer nihilism and overall negative/hopeless narrative. If you haven't checked that one out, you'll probably like it. Then we could discuss that one too :)
I wholly agree that the Parasyte characters had more depth and personality. The Devilman characters definitely felt more like representations of ideas than real people. Devilman's weakest point is that the characters are pretty weak, but overall I still like it more because of its presentation and that sort of presentation doesn't need characters as much as other stories. But I still like Devilman's cast more, not because I find them exceptional, but because I just really dislike most of the Parasyte cast.
Migi's alright. And the one alien girl who had a baby and wanted to protect it explored an interesting concept, but the rest I really disliked. The girlfriend had no character outside of devotion to the MC. I forgot the stalker girl existed, but yeah she was annoying and pointless to the plot. But I think I actually dislike Shinichi the most. I seriously, seriously hate it when characters do the whole "I won't tell you X because I want to keep you safe and love you so much." That's so extremely selfish. I get it in some situations, like it knowing "X" means the bad guys want to kill you just because they know, but what exactly did he accomplish by refusing to communicate with and trust the woman he claimed to love? Nothing. She was CONSTANTLY in danger and needing to get rescued all the time anyways. Not knowing what was going on didn't help keep her safe. The aliens attacked people at random. Not telling her, if anything, left her more in danger, since I fully believe ignorance is dangerous. He did it out of selfish reasons alone, because he didn't want too, because he thought he was being some macho protector or whatever, because that's what he felt was right and didn't take her feeling or wants or desires into the situation at all. That decision was all about him. And the story painted it like he was some white knight instead of an asshole boyfriend. I fully believe that when you actually care about someone, you listen to them, you consider their feelings, you trust them, you want to rely on them - not keep them in the dark. The fact she kept pathetically clinging to him and portrayed the whole situation as romantic instead of toxic really left a bad taste in my mouth. His behavior towards her and how the story portrayed those actions really played a large role in ruining my enjoyment of the show. I can get over stuff like this is there's something else to get hooked into, but Shinichi had nothing going for him and Migi being an "alright" character just wasn't enough. But yeah, that whole "I'm going to protect you by not explaining anything and treating you worse and worse and worse and causing you major stress because I love you sooooo much" is so sexist and selfish and pathetic and not at all how you should treat people you end up sleeping with.
So I think that's where the difference is for me - like you said about Parasyte being more about emotions and Devilman being more about drama and artsy presentation. Devilman succeeded where it wanted too, but Parasyte failed for me on that front. I get why other people can like it though, and I know I can get really (sometimes unfairly) harsh on some characters once I get going on them and I think Parasyte was a victim of that.

PaladinAlchemist Sep 3, 2019 1:36 PM
This is actually a really interesting question! I watched Parasyte a few years ago, so bear with me if I get something wrong. From what I remember, I hated the main characters and the romance and way too much of the emotional weight of the show hinged on it. She was useless. The guy went from average anime MC to jerk, which is fine because alien parasite and all, but it made the romance illogical because he treated her horribly. I remember not liking the ending but I honestly don't remember why. It had some awesome scenes (wasn't this the one with the aliens dudes wrecking a yakuza office - that was straight-up epic), and the aliens felt actually dangerous and the concept was pretty cool, but characters are the most important thing to me in a story. For Devilman, I'm a sucker for anything artsy and I liked how it handled the nihilist outlook on things, it didn't make anything too dramatic the way Tokyo Ghoul and Parasyte do. Obviously we both agree that TG is just a waste of time. Way too melodramatic for my taste.

SickeninglySweet May 2, 2019 12:47 AM
Oh, thanks my dude! Appreciate that. I literally always forget I wrote it lol.