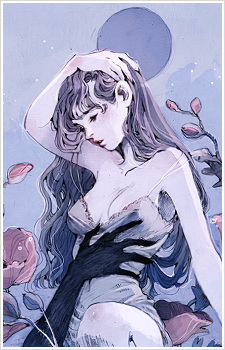 yea i liked that change they did to her shroud where it made u blink when u used it (?) so u could go over walls but then they just completely reworked her sobs. but! all her reworked splash arts (esp. blood moon) look hot so like its ok i think
RIGHT?? i feel like spacegroove was a weird choice for her oh well she's still cute ig uwu. bRO i got her skin + cass's from the kanmei orbs i was so happy LOL successfully scammed riot feelsgoodman. i want the yone + riven one too but i don't play them uHH.. maybe ill use them in aram one day xd

omg i played katana zero for like 6 hours yesterday LOL it's seriously so good.. dw no man's sky is not for everyone mhm also motion sickness monkaS does that effect ur gaming a lot? </3 thats pog though if i was a customer at the cafe i'd be looking at u with admiration

YES i've scheduled to binge fruba during the weekends AAAAA im so excited !?!?!?!?! LMAO HELP I FEEL U DW the last time i felt this way was bc of the haikyuu s4 announcement T___T wait that's what mine said to me LOL he was like yo we need to watch jjk every week the manga slaps... so we did but lowkey i hated the experience bc the cliffhangers kms
i don't wanna be one of those annoying jojo fans that tell u to watch jojo but.. (watch it if u have time)

HAHAHSHSDJDJ fucj.. I WAS LIKE.. :( but u :( literally :( gave me ur photo as a sign of our friendship :( last week :(
like i know who asks to leave is random but still.. pain :')
oh and wTF THE 2.0 LIVE STREAM FOR GENSHIN WAS SO GOOD??? ayaka, yae & kokomi... holding their hands rn <3 im so excited for this update can kazuha's banner go away already smh ! !

LOL honestly i don't mind bc i like rambling but if u want to shorten ur replies then..... ill try to shorten mine as well....... but im not confident about it
also sorry for the late reply i suck at being consistent with mal bc i forget it exists sometimes and only log in to update my list oops, but i hope u have been well!

i replied to u on discord already so here r some bunnies
im so sorry for the late replies btw i wish we can talk more butttttttttttttt ik we r both busy but ugh convos w u aint boring at all so...
hope ur doing well, like always 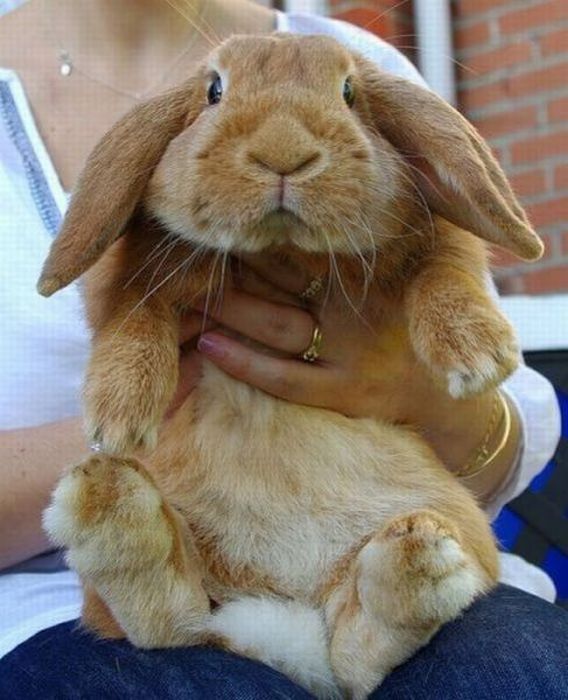 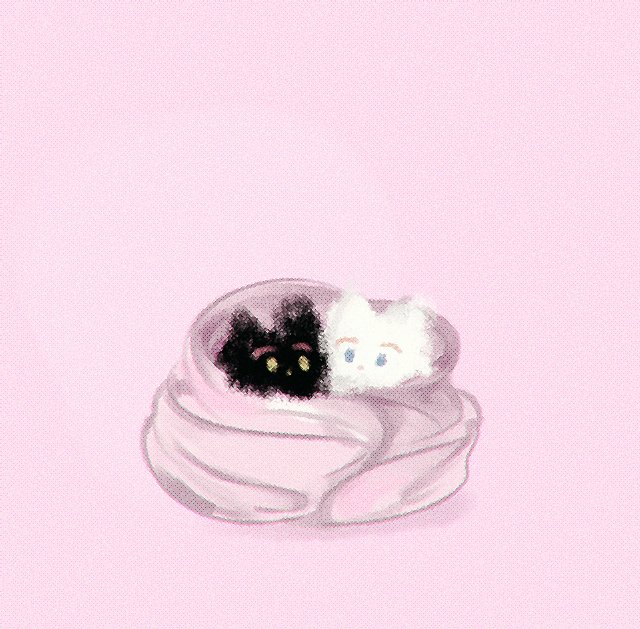 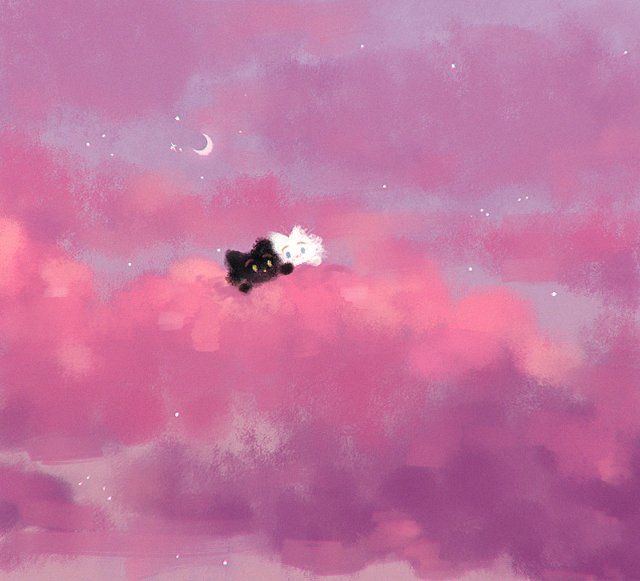 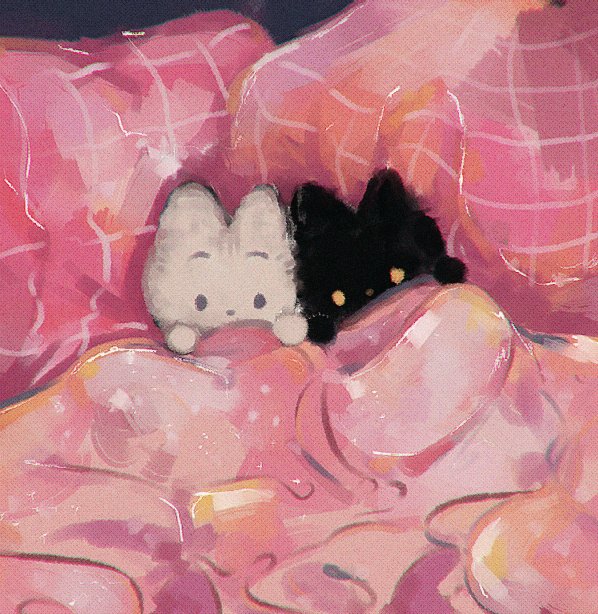 dfsafsaf Jul 10, 2021 9:40 AM
haha.. that's one of the reasons i don't even want to bother with the forums...
heh, the key factor is not to think about those impulse purchases !
no, i haven't, am trying to play to play the zodiac game whenever i have the chance, but i have only passed the first actual boss

I DOWNLOADED IT AT SOME POINT BUT THEN FELT LIKE EH IT'S TOO MUCH WORK TO PLAY IT . DON'T HAVE THE TIME TO INVEST IN IT

buhngus Jul 10, 2021 8:42 AM
Yeah it's quite surprising tbh, dude even spoke spanish. If only, it takee too much time we don't hace on demand sadly.
Ohh interesting, I never really got to go to taiwan other than for connecting flights.
Kinda same tbh, just want a change of pace fromn here

1. aww tyvm <3 yes ofc I did, wasn't online that day at all :P
2. thank you! took way less time and made it on a whim 2 nights ago :')
3. your replies look more compact (I guess?) than mine but wouldn't say it's spaced weirdly? looks fine to me

pleasegivemehope Jul 10, 2021 8:31 AM
oh that's okay, dw about it. the passage of time doesn't apply to me anyway, i'm built differently 😎
yo what?! you were able to harness ms paints power and it didn't turn out shit? o_o I haven't heard the name ms paint in years btw lol :')
I did a short introductory course to photoshop with my bf in the past so I learned some stuff from that but mostly taught myself using youtube.

ahh I see. for me I just get bored and decide to fuck around in photoshop for a bit and then a layout may or may not get made. you write too? always wanted to get into writing, idk what's stopping me tbh. myself probably 😔
it's pretty easy tbh, you just drag it over an area lol. you can even splice using guide lines if you want :) but if your way works then no reason to change it I guess :P although it does sound a lot more difficult o_o
glitchy effects in ps are annoying to make I agree. I assume you used ps for that and not ms paint right?? you probably learned a lot from making it tho, so that's always a bonus, even if it was a pain to make lol.
for visualization I have my shitty digital sketches (obviously) or else I make it in photoshop but just with shapes, so I have a rough idea of where everything will go and what it will look like. oooh that would be cool expensive asf tho if it was real :(. I don't have a drawing tablet rip, it would be easier but idc.

wait what. I didn't know you could use [right] for images :O yes, [img align=right] always leaves a little space between images if there is an image below it. I forget how I coded it tbh, I tried it for like an hour few weeks back, gave up and moved on. might revisit it with the new info you gave me tho, see if it works :) it mightn't even look good if it does work lol.

that's a good assumption but I measured the about me section a few times and I ended up with 798px wide. (I assume it's actually 800px, that would make more sense but whatever) so when I made the text I made sure it would fit into the 798px area and I made sure my photoshop canvas was also 798px so that shouldn't have been an issue, anyway it's whatever. not like they will fix it or anything lmao.
oh okay lol. pretty cringe to steal a literal screenshot imo >.< that's so shameless lmfao. you write something for every profile!? that's sick, wish I had that creativity :')

LMAO wdym not really? 1,155 is a lot o_o. yikes same. I usually download movies in a friends house if they aren't on netflix because my download speed sucks balls. netflix always works perfectly fine for some reason tho ¯\_(ツ)_/¯
my watch list is pretty short so i'll run out eventually then i'll have to go searching again rip.
hmm pretty sure I only watch "mainstream" movies so you've probably seen everything i've watched lol, my letterboxd is on my profile if you care to check. is there a way to check how many movies are shared between users on letterboxd btw? I only joined the site back in june so still new to it.
I watched 'no country for old men' the other day, really good. can't believe I didn't watch that sooner. also 'girl, interrupted' I watched recently, became one of my favorites. seen black widow with my bf yesterday also. not a huge fan of marvel but he loves marvel so I usually watch the mcu with him. it was much better than I expected tbh, florence pugh is really good in it!

so i just googled souffle pancakes
and now i want one more than i want to be alive
they are so cute and so tastey looking !!
;w; sorry you didn't get the poofy cloud cakes

@.@
also im reusing this art and profile with new words
bc i am not happy with the other yet but hated being BLANK
so :(

that is the cutest king, and im going to checkmate them

kineticwaves Jul 6, 2021 9:59 PM
Yeah, Kaiba is nice!!! I think before I go back to school sometime I'll end up watching more anime. Kaleido Star is one of my favorite animes because it's so fun to watch. The way the characters develop is nice to watch and even though the plot is pretty simple it's really a nice story about achieving your dreams. Also, I love how the art style resembles Sailor Moon (lovely art style imo). If you want to learn art, there are several really nice art people on YouTube in different genres of art from comic/anime to realism. Most of the people on YouTube who show art videos and demonstrate their technique/skills with the rest of the world are really nice and encouraging of other people's growths, so if you want to do art you may really enjoy learning from YouTubers!! And nice!

are the forums any interesting anyway, haven't really visited the place in quite a while
i know that feel all too well... buying games on an impulse of sorts kinda... hmm... is hard on the budget, i guess ^^
oh, I've bought Omori as well, been wanting to do so for quite a while, though when will i be in the mood for a game like that is a another question