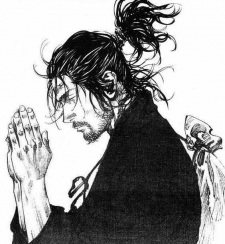 Cyborg_Dragon Jul 24, 2016 1:48 AM
I was expecting furata to show up and slaughter everyone including the investigators so he can cannibalize and get stronger but with ken and zero Sqd showing up and beating Morgan and Aura he would be severely out numbered if he tries anything now.

I expect Kaneki to come back with the antieku crew to the shop after a touching reunion with everyone getting along. However it might not last long as he might not destroy the throne of king and might gather an army to fight v since v will always be after him and they are at their weakest with cochlea and arima gone.

In the upcoming chapters after the fall of the prison I expect Kaneki to gather and army of ghouls as implied by etos book about the character nameless using the title of one eyed king.

The only thing I liked about root a was kaneki owning shittyama and yoshimura wiping out ccg members. Everything else was as rushed as a mcdonalds burger in my opinion.

So I see your a big fan of tokyo ghoul