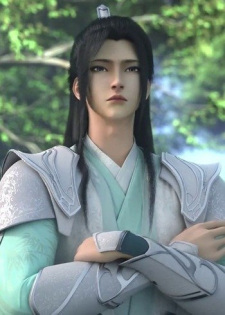 zahandzo Jul 6, 1:46 AM
Another comment about your YOI review. It was very helpful, thank you.

letsgomeisei Apr 30, 3:23 PM
This is so late but your YOI review is every issue I've had with the series in the words I've never been able to put together, thank you

Sawp Jan 25, 11:07 PM
Your review of YOI captured a lot of the complaints I had about it! Also glad to find another fellow Danganronpa fan :)

CrystalDeer Feb 2, 2018 2:07 AM
I honestly really like your review as a fellow memeber of the LGBT+ (debatable, as i'm apparently not really seen as valid in the community? i'm ace btw). I do not believe YOI was the greatest representation of a M+M relationship at all, I believe that it attempted something but to me at least, it ended up coming off as mere fan service to funjoshis (for a lack of a better term). One can only hope that queer representation improves past the stereotypes that it's followed for a long time (I do already see some evidence of that happening in social media)

The whole anxiety trope did irritate me but not to the extent that it apparently irritated you. I think it's defo very tiring at this point, but should that really be a big reason to dislike the show?

Benedetto Dec 31, 2017 2:22 AM
Remember when you had a yaoi anime in your favorites that had rape in the first 5 mins? You removed it but you still have it (and its other abominations) in your completed list. Also 6 for boku no pico? Really? I honestly can't take your yoi 'review' that seriously when it makes you look like a major hypocrite.

"I studied media in Japan at one of Tokyo's top universities" and yet you're sill wrong.

macaroniparty Sep 2, 2017 4:17 PM
Very good review on YOI! I read the part without spoilers first then decided to watch the show, formed my opinions and came back to read it and you listed everything I thought was wrong/right about the anime. I'm not gay but I thought the relationship between the main characters wasn't realistic, plus the ambiguity of it was very disappointing.