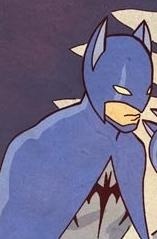 Both have a beautiful, sketchy art style. They both contain a dark storyline, with characters whose lives are completely messed up by the things that have happened around them, and the things they have done. Both main characters are trying to make some sort of amends for the past but end up getting pulled by in to there violent ways. Cat, at the end of volume two, is trying to live a normal life, while still trying to take her revenge, and being hunted by many governments. Manji is trying to atone for his past sins by killing as many evil men as he can. Both are violent, bloody, and have extremely exciting fight scenes.