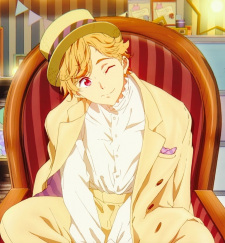 WISHING U ALL THE BEST

AnnoKano Feb 6, 2016 5:10 PM
It's in my nature to tell people who write reviews not to get too personal about the series they're reviewing, but I must say that the opening paragraph of your Kuttsukiboshi review made me laugh quite a lot. I actually watched it when it aired and remember waiting many months for the second episode and how irritated I was when it turned out to be complete shit. I'm not even sure what they were trying to do with it, to be honest with you.