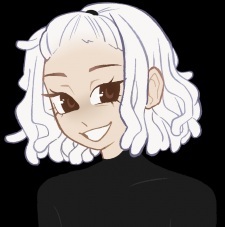 This is where I watched it. Unfortunately, no sub. I did a little searching, and funny enough, this OAV used to be on crunchyroll according to a forum post back in 2008. Or at least, from my understanding. Basically a bunch of videos got taken down. I think it used to be on MAL, too, since when looking it up on Google, the MAL link shows a video but it's not there when you go to the page.

Marc_----- Aug 19, 2021 12:15 AM
Knowledge is rather auxiliary. Only knew them when I got into Mumkey a few years back. None of that pony business or whatever (Yes, I looked into it further. Nothing against the show, looks quite nice actually.). As far as I recall it caused quite a schism when he was kicked.

antigraviton Mar 24, 2020 12:08 AM
Sweet. :-) Just finished Made in Abyss (season 1); another terrific anime. Lots of depth (and definitely not a kid's show, though the characters & style at first make it look like it would be), and very moving in places. In case you want something else you can sink your teeth into. ;-)

antigraviton Jan 10, 2020 4:10 AM
Great; glad you liked them. :-) Kubikiri Cycle is a bit inscrutable the first time through, but it's got a ton of depth that pays off close reading/viewing. Hope you enjoy. :-)

Thank you so much for the outstanding About Me image for my profile! I absolutely love it! The wonderful imagery and vibrant colours, as well as snowflakes and incorporation of my favourite anime all make it absolutely perfect. Thank you both for all the hard work you put into this image for me, I appreciate it greatly.

I hope you both had a wonderful holiday season! Let the new year be one filled with safety and happiness for the both of you, and for both of your loved ones. Thank you again!

purplepinapples Mar 22, 2019 11:11 PM
Yeah. I typically don't bother adding check boxes as they add unnecessary complications to get the script to work. If you want to toggle it, you can just use the button in the toolbar and disable the script when you want to see all the top entries.

purplepinapples Mar 19, 2019 7:36 PM
would you mean on this page? https://myanimelist.net/topanime.php?_location=mal_h_m