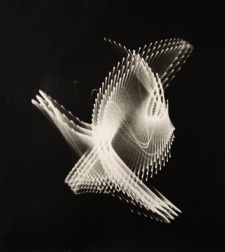 EggheadLuna Jul 16, 6:13 PM
This is Hartley, on my new account. I'm not sure if you remember me. The last time we spoke was more than five years ago?

vulturs Jul 27, 2019 2:47 AM
I'm great, thanks! Sorry for taking forever to reply. I'm glad you're still prolific as ever. I'm currently hunting for Landscape in the Mist and 10/65: Self-Mutilation - I've gotten some great ideas for the next films I want to watch from your letterboxd.

Was listening to An Essay on Decadence this evening. It felt like a soundtrack to one of my drunken stumbles home. The vocals on it are giving me some fucking life haha.

MAYOIII Jul 15, 2019 10:30 PM
i just saw your comment in the club and clicked in but wow... i'm totally really impressed by your taste alone
surrealism is something that i adore as well and it is highly valued as an expressive concept of art and literature (some of my favorite surreal artists are salvador dali, robert desnos, rene magritte)
oh yea understandable
seasonals aren't for everyone anyway and we all have our preferences
oh and yes i do!! i do consider myself a film enthusiast though i'm nowhere near the level of a critic
i adore arthouse/cult films the most and i do take a liking to horror/thriller films as well
here is my letterboxd; made it a week ago and i'm half way through with adding all the movies i watched onto my list
oh that's not a problem at all!
we all have our ups and downs, i've been on a hiatus too because of the pressure and sadness i felt from my failure as a student
i hope you are getting better!! :)

MAYOIII Jul 4, 2019 10:34 PM
came from that art/surrealism club that i just joined
holy.. that video.. our art teacher has shown this to us before...
its melancholically odd and i cannot forget about it
on a different note, i wonder if you've seen yuri kuma arashi before
surrealism, drama, bizarreness, symbolic/metaphoric premise, colorful/outrageous art style/direction.. all of them are included
another anime that i don't see appearing on your list is mutafukaz
once you watched tekkonkinkreet you'll find the vast similarity between the two

LoneWolf Jul 2, 2019 12:24 PM
A I have an interview coming up for the interview club on this site. Feel free to submit some questions about me.
https://myanimelist.net/clubs.php?cid=66976

How you been these day btw?

Kurt_Irving May 21, 2019 2:08 PM
So mooncrypt! how are you doing? I've been trying to look for the perfect time to read The Origin manga.

Kurt_Irving Apr 19, 2019 11:35 PM
I hear you loud and clear, today's anime are like Saturday morning cartoons. There has barely or hardly been anime as mature, dark, realistic and atypical as Argento Soma (just re-watched the trailer of this underrated sci-fi action anime) in the last 19 years now. Then after the early 2000s everything kind of went downhill for me and CG anime barely improved since then.

Too much juvenile pandering in today's entertainment these days.