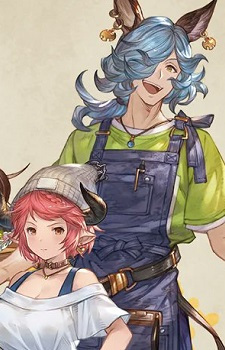 LoyalOrange Nov 20, 6:42 AM
Hey I know it's been forever since we last talked but I was wondering if you'd want to catch up. I'm assuming you use discord like everyone else theses days, so just hit me up there if you're down to talk. My discord is LoyalOrange#8371

Kog Jul 9, 2018 1:56 AM
I'm kinda disappointed. It was a cute ending, but I guess when I hear trigger I expect it to be TTGL/KLK tier but it's definitely not.

It has that fairy tale romance feeling to it and it feels out of place with mecha. Has a lot of allegories to the meaning to creating futures by being together with romance, being part of a family despite nobody being related, and good ol' fashioned racism.

02 is still great though.

nolongeronmal May 15, 2018 10:11 AM
...and the question is not how, but when will said site shut down. This site does indeed have a good tracking system for such thing. They made one to track Visual Novels, but to track video games would not be a bad idea, at all.

nolongeronmal May 14, 2018 10:38 PM
Indeed, but they can't obviously stick to said place forever, especially as time goes on.

nolongeronmal May 14, 2018 10:23 PM
Definitely, the community has gone downhill. I decided to not use the forms anymore (except Introductions) because of it (That isn't to only reason why I stopped).

RPG_Hero Mar 21, 2016 11:57 AM
Abyss has grown on me as time goes on. I liked it fairly well when I first played it, but after I beat it and it soaked in I liked it more and more. I had a friend who was the same way. I've only played through Vesperia one time because I had to borrow my friend's 360 to play it, and I didn't want to take advantage of his kindness and keep it longer, but I really liked it. It has one of my favorite art styles. I have the ps3 version that I've been wanting to do for a while, but my Japanese isn't good enough yet to fully understand stuff without subtitles, and it's kind of a pain to use the translation guide so I've been delaying it.

Salad Mar 20, 2016 5:02 AM
I don't know what any of those specific terms mean, but I guess i get the vague idea. For what purpose would you want to get to the endgame content, is there anything special you get from it or smth lol? I don't see myself spending money for something like that.

And sent you a request.

RPG_Hero Mar 14, 2016 7:27 PM
I've lost track of how many time I've played through it hehe. Oddly enough, I never really played Abyss until after I had played all the later titles up to Xillia 2, but I liked it. Jade is probably one of the best, funniest characters in the Tales series. I've played all the English released games with the exception of Eternia, which I'll likely tackle this summer when I'm free from school, along with Destiny director's cut, and the PSX Phantasia. The only one I've played and not cared for was Dawn of the New World. Is Abyss your favorite?
All Comments