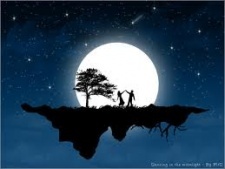 They're both Sci-Fi movies set post-apocalypse. They both have a kind of Man vs. Nature conflict. While Blue Submarine has fish-people, Origins has plant-people.

Kanta and Panty/Stocking share a lot of the same personality traits as in they're both foul mouthed, cruel, irresponsible, and selfish which I think makes their comedy similar. Also, Kanta is about as much a "hero" as Panty/Stocking are "angels". ;)

For a while Deadman Wonderland was the bloodiest and had the most gore of any anime I've seen, until I saw Hellsing Ultimate. The point I'm making is that Deadman Wonderland is another horror filled anime with lots of blood and guts.

Ah! My Goddess isn't anywhere near as ecchi as Girl's Bravo, but the stories are remarkably similar. The main character is a guy, whose kind of a loser, meets a beautiful magical girl, they start living together, and slowly fall in love. Also, for some reason at the beginning of the series it just starts out with the main character and one girl, but as the series continues the number of girls on the show continues to increase. Both animes are packed with romance, laughter, and a little bit of sex.

Now no anime I've seen to date is as random as Bobobo, seriously I've seen every episode of Bobobo and I'm still confused, but if you like anime that puts a smile on your face then Cat Girl Nuku Nuku is for you. When I first heard what this anime is suppose to be about I was like "is this some kind of joke", but my friend this is a really real anime and every time I watched it it put a smile on my face. The bad guys are just so stupid and Nuku Nuku is so positive and absent minded that all you can do is laugh.