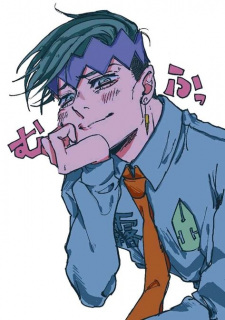 alixon_ 4 hours ago
I hope you enjoy CM! Tell me what you thought once you're done :)

kyraspberry 7 hours ago
They were super cute. Also, I'm pretty sure it's confirmed Laurent is bi or pansexual- so your ship still has hope lol

kyraspberry 7 hours ago
Awesome! I'm glad you liked it <3 Who do you think your favorite character would be? Mines Laurent.

alixon_ 9 hours ago
haha no I wasn’t. I recommended the tokyo ghoul manga & chainsaw man

Person_xxiii Today, 7:10 AM
'Guilty crown' is my all time favorite series...It just seems to me a lot different as compare to other anime.
Others:
01: Boogiepop
02: Deadman wonderland
03: Eden of the east
04: B: the beginning
05: Tenkuu Shinpan

Imoyo Yesterday, 9:58 PM
Wow what a coincidence, i happened to be watching the same show that you are currently watching right now xD. Great pretender is indeed a rly good show...

Oh youre having a test? Hope you get a good result :)
Just a friendly reminder, don't push yourself too much tho, its not good for your body. Good luck on your test ;)

AnitadelaBrisa Yesterday, 5:01 PM
ou no! how can she dislike this beauty? T^T
and with Yuuki Aoi as her seiyuu

Fuchsia Yesterday, 4:30 PM
Watched the video. Such a fucking shame. The worse thing is, this could have been avoided. Seems to have been a case of the producers wanting to add more and more tension with little concern for the cast. Of course, in hindsight everything seems obvious and easy, but still. A bit of human decency goes a long way..

On a lighter note, I'd be up to grow just about anything, especially veg that I eat a lot like carrot and tomato. Tomato esp imagine the satisfaction of watching your little seed grow into a ripe tomato. Even flowers could be fun, if that counts. We have this elderly couple on our street that grows their own assortment of flowers and it looks beautiful. They always look like they have fun doing it too, despite complaining about their backs every time I talk to them xD

Persona huh. Can't say I'm the biggest fan but I've been playing 4 as my intro in the series. I'm quite liking it + so much good music, even the first scene in the velvet room. What's an EKG tech? Something to do with the tech used on patients?

AnitadelaBrisa Yesterday, 12:47 PM
did your friend hate spiders or that manga?

am really anime only with TPN, the plot change doesnt affect my emotional impact cuz i didn't know it previously, i found out from all the controversy (kinda spoiled me). but the pacing of this season has not finished hooking me tbh

ou. sorry about that, around here it says SnK cuz we prefer japanese abbreviation (my natural is rioplatense)

Fuchsia Feb 24, 10:28 PM
Canceled??? Fuck. Been saving the latest season for a hot minute but now.. Looking it up, holy shit, someone killed themselves? I'll have to watch it to see what happened, but that's an all round shame. Had some good times watching that show, especially the commentary by ryota, guy had me laughing so hard from his banter with the others. I'll give realove a try.

Sadly no gardens. At one point we did composting as a family, even went in to a local primary school and made a day of showing the kids (and some of the adults) how. Definitely want to give this sort of a thing more of a go eventually :J

Have any other hobbies outside of tv?

StacyL Feb 24, 7:54 PM
Nah. I was more into Metallica, Iron Maiden and Anthrax shit like that. Misfits when Amity into it along my older sister got me into it.

You were baby used wrestler and was pretty young when eddie died. Infact when they first debut you weren't born lol. I wanted be wwe diva growing I would mix between Edge and eddie. It came on at 7 and 8 for us in California. What? That shit has be staged no fucking way that happen. Xbox live who fall for that shit still?

He had kids and shit already why you trying look women online he is stupid ass. He got what he dervered in my eyes, Especially with 3 kids fuck him XD. I little for me. I am good girl kinda wild but never liar or a hoe.