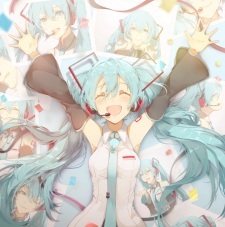 helion1 Aug 27, 2015 4:04 PM
usually i go with my friend Daniel who also works there and quite often we sleepover there too.

helion1 Jul 6, 2015 8:16 AM
so its summer now did you get a summer job? i got one at a farm in caledon it's good work, they hired me for the strawberry season and said if they like my work i can continue. i really like it working outside and without shoes the one bad thing is that i'm darkening from being outside lots.

Zero0107 Dec 13, 2014 3:18 PM
watch aoi no bungaku specifically the first 5 episodes since the series is a compilation of different stories it will make u question ur very existence to put into perspective the mind rape is on par with the end of evangelion
i swear im a masochist i feel like i should watch end of eva again even though i have never understood wtf is going on in that movie i think its best when paired with some hallucinogens and nyquil

helion1 Oct 31, 2014 6:57 PM
have you watched white album? i just started it but i think it's one you'll like give it a try when you can it's not clannad and i've only watched 2 episodes but if your wondering what to expect, expect clannad less of the annoying humor and the drama is a bit more realistic but again it's not clannad but it's kinda similar in a way that if you liked clannad you'll like white album (: no need to thank me just dive into the anime when you can xD

helion1 Sep 27, 2014 12:34 AM
watch at your own risk lol it was fine just went to far with their stupid lolita which should only be used as a joke it wasnt much of a joke here though

Zero0107 Aug 31, 2014 1:48 PM
The quality of the animation, the plot development, emotional impact and depth of the characters, the effort and detail in every scene is jus magnificent. 20minutes well spent