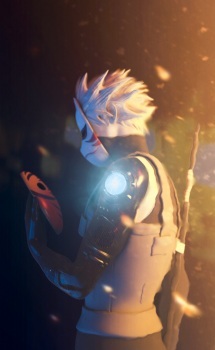 Crimsunreaper Feb 16, 2019 3:43 PM
Idk why you put it off for so long it's always been hailed as a masterpiece and king of shonen. Their death really struck me as poetic but honestly i didn't grieve for meruem, he's responsible for netero's death ffs. Also just you can't connect with the guy when he barely shows any emotion and was a complete scumbag through out the arc but i guess you could chalk it to the fact that he lost his memories of Komugi.

Seriously though he was too OP LOL even the strongest human (debatable if he is now) couldn't stand up to him. Can any of our mcs ever get that strong? even pitou stated that gon's adult form would've taken years if not decades of rigorous training, isn't that a bit overkill though maybe if gon had come up with better more flashy techniques the process could be made more efficient, but jeez..

Welp, the journey is almost ending so savor what little you have left i guess. You're gonna have to wait a decade or two for even a slim chance of them making a new season. The manga is slow af possibly due to some incompetent slacker hmm

I didn't think part 4 was mediocre by any means I loved Kira, but it had too many araki i forgot moments and sometimes it was getting a bit ridiculous and fair enough for franxx i suppose.

Crimsunreaper Feb 14, 2019 4:10 PM
Yeah starcrusaders starts off slow in season 1 but picks up the pace in season 2 stand fights were much better and there were a lot of moments where i couldn't help but chuckle. I've seen season 4 it was great but i don't think it was as good as part 3. Lagging behind in season 5 only 2 episodes in lol because I'm not sold yet but I'm sure I'll get to it eventually. Chimera ant arc isn't my favorite solely because it dragged out for too long and some chunks of the arc had a staggering amount of narration but it sure had some of the best fights and memorable moments in all of hxh. Too bad we will never get to see the ending through because freaking togashi is always taking breaks.

Crimsunreaper Feb 14, 2019 4:00 PM
Episode 15 is where the arc ended and i thought it was amazing, Zero two opening up her heart to hiro and finally accepting herself for who she is was pretty good imo. 16-19 was the calm before the storm and i don't really get why this portion gets hate when it was wholesome slice of life, pretty chill and good character development for zero two and hiro and the rest of the cast, it contained some impactful and outstanding scenes like Mitsuri and Kokoro's wedding, HiroZero being intimate to each other through out the episodes was really good for building up and developing the relationship. I was open to Zero two becoming more friendly unlike others especially after she found out that Hiro was the boy she admired ever since she was a kid and befriends Squad 13. Rest was a bit messy but not as much as people claim. Honestly negative bias and nitpicking really got the better of the show and in my mind it doesn't deserve a meager rating of 7.5 when it gets a lot of things right like expressive facial animation and interesting dialogue. Such a shame really not as many people will see it because of low rating but oh well I loved it and I'm not gonna hide it.

Crimsunreaper Feb 12, 2019 12:50 PM
Oh i've seen Jojo part 3 while i was away and i enjoyed all the over the top spicy memes it had in store, dio's VA is an absolute god. Bless him. Jotaro is my favorite jojo. I've just finished darling in the franxx last night and man i feel like I've been run over by a truck. I'm starting to really resent sad endings, they freaking ruin me, but I'm glad i saw it tbh. Good on you man about time you caught up and joined your bretheren of hunterchads, episode 131 still gives me goosebumps till this day!

Crimsunreaper Feb 1, 2019 12:32 AM
idk man i've been skirting around all over the internet these past few months whats up my dude