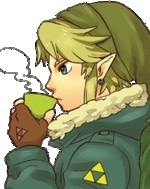 www.youtube.com
Discord: Send me PM if you want Invite - link9us#0074

Natsu88 May 2, 11:09 AM
Simply blown away. I knew this episode had to be special, but still would've never expected anything close to what we actually got. Obviously hard to tell for me how it looked like in the manga, but I'm sure Ishitani did more than justice to it. Would definitely be great to see her working on more important/key episodes, but surely she will.

And to think it was just the entrance to this fight is honestly unbelievable to me. I can't even imagine how crazy this will get.

But how was it for you? Seeing the 1000th finally animated? Did it reach the level of hype of the manga?

imdazed May 2, 1:36 AM
Hey, I finished watching Naruto today and it was really fun! It had its moments, specifically between Naruto and Sasuke on the final arc of the anime.. really enjoyed the whole final arc to be honest! However, the first arc was quite weak.. had to push through to finish it. While the second arc (the tournament) is when the anime picked up and had some decent fight scenes and battles along with major character development, really enjoyed the second arc overall. And as I mentioned earlier, the final arc (the squad assembling to find Sasuke; and the fight between Sasuke and Naruto is the peak of the anime, in my honest opinion. Anyways I'm invested in the show now, so I'm going to start Shippuden soon! Thanks again for your recommendation!

Natsu88 Apr 22, 10:16 PM
I'm so ready!! Even with just a glimpse in the preview, you could already tell shit is about to go down. I love the story of the Wano arc, the characters and everything around it, but my biggest question was always how on earth Luffy/the strawhats will be able to bring Kaido down. So with that in mind you can imagine my excitement for the upcoming episodes :D

imdazed Apr 20, 6:48 PM
I posted my previous reply without reading this haha, I'm glad we both agree that One Piece is a good Shonen.

I already started watching it, so far so good. Honestly, I'm not expecting Naruto to be garbage or anything. When I start watching Shounen I always limit my expectations; that's what I'm doing now... Naruto seems fun and enjoyable (I'm currently at episode 4 though) hopefully I should be able to finish it by next week and report back haha.

I know that the majority of Naruto fans love the Anime because they grew up with it, hence it is always being cherished by them. I'm not saying that makes their opinion on the show automatically wrong or anything.. but having an Anime loved by both original fans and newer fans (case in point: One Piece) is a testament to the Anime's Quality. (sorry if One Piece is a bad example here, it is what came to mind).

Thanks a lot for your thorough reply. you went into great depths about the anime!

For what it's worth, I have seen a lot more people praise Shippuuden over the original series. A lot of the watchers consider Sasuke's and Naruto's ("segments") the peak of the show lol.. but again, a lot of the watchers value the drama and action over anything else (like character development or story).

I heard about the incidence at TOEI animation. It's a shame that some people seem to have nothing better to do with their time. I also noticed how weird it felt for me not being able to watch One Piece like every Sunday, as if something is missing :D

I absolutely agree with you at this point. Even if this unfortunate situation came out of nowhere and wasn't something anyone wished for, maybe it helped the studio for better pacing and quality. At least the manga got a little bit more distance which also isn't too bad. I guess we'll have to see how everything will play out in the upcoming weeks.

I'm just glad OP will be back in approximately 1 - 2 hours, at least for people who wait for the subs :)

scarlettsmoothie Apr 10, 2:15 AM
I'll see if I can translate those anime, thank you very much!

scarlettsmoothie Apr 8, 9:36 AM
Also, I've considered adding entries of my fansubs to AniDB but idk, it seems kinda complicated for me. I will upload it to Nya once I get the chance to do so though.

scarlettsmoothie Apr 8, 9:30 AM
Right now I'm working on Shoukoushi Cedie which is 39/43 done, also Lady Georgie which is 10/45 done. I am glad you like it, I sub these so that more people can watch these classic anime.

Right now I am working on Cedie and Lady Georgie.

xshadowscreamx Apr 3, 9:26 AM
Yeah the day to day bounty work was fun and works great in a series format, the classic problem of the week format which is rare these days.
All Comments