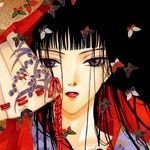 MisaoAino Feb 24, 2019 7:43 PM
Hi lilieen! Nice to meet you!
As I see you're watching a bunch of seasonals, I'd like to invite you to the Anime Guild club: https://myanimelist.net/clubs.php?cid=63899
At the club, we mostly focus on the current airing season, offering seasonal Openings and Endings contests, the unique Power Ranking Committee (in which every member rank their series every three weeks)... you can even vote for your favourite character and anime of the season! Lately, it has been introduced "The Clash", in which members can talk about that unpopular seasonal that caught their eye :)
Talking about hidden gems, you can simulwatch with us twice a month those series and movies from previous years which are not that popular ヾ(●ε●)ノ
We also have forum games and an active Discord channel.
If you are interested, I'm also sending you an invite link ^.^

uchiha_queen Mar 6, 2016 3:50 PM
You welcome! ;) Same goes for you, if you have any recommendations please tell me!
All Comments