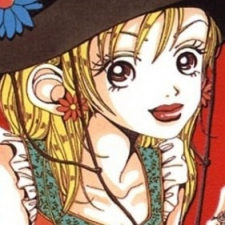 Smannies Sep 19, 2017 1:39 AM
Hey Anna this is the first time I'm typing to you after we became friends :3 how are you? We got a few shared animes we could discuss and maybe give each other a few recommendations. I've seen all of K-on and other music related animes like love live and most of them are very interesting and fun to watch ^0^.

Looking forwards to this friendship! ^0^/

You're sounding like me if i talk about New Mexico right now. XD but damn that sucks :/ i can understand with rude people cause i even deal with some where im at like everywhere has rude people exactly but like i do understand that some places can be more than others so that i understand. like if your experiences is like rudeness by others everyday ? then yes theres something wrong with the people and people need a attitude adjustment. and the feeling that i can also relate because here where im at in New Mexico right now, it depends where im at but sometimes i can get alot of rudeness and dirty looks and even a staring contest like we wanna kick each other's asses but where im at in NM isn't that bad but the big city is WORSE. its mainly the younger people but that for another day i just want ya to know i can relate to such issues . :/ but hey at least its beautiful there yes, i remember seeing some pictures and im like " thats some beautiful scenery" so im sure it is from what i heard from you and seen from pictures and read about the country one time ago.

Now ok thats scary seriously scary as hell. like i would never imagine if i have to go through that since i live in America we don't worry much about rogue countries and then a big country like Russia deciding to go to war against a small country like yours and i believe what i read what because two rogue parts of Georgia like South Ossetia and some other one that its name is a handful to spell tbh. they wanted independence and form their nation state or country in that case so they go to Russia to get help for that. i know theres more to it and probably a crap ton more like economical impacts and other political bs alongside it but exactly like if i was in that and i was your age back then. i would ask why is this crap happening ? its sad that a lot of people died from this war on both sides, mainly Georgians and then many Georgians that were displaced cause of the war but still... its awful. war is awful. and exactly you know just think of it as this, politics is bullshit regardless because at the end of the day it hurts the everyday citizen like us or it helps it depends. but what happened is just a shitshow and the ones who really hurt so badly were you Georgians and especially when your country pitted against one of the greatest world powers in the world ? it felt like a unfair fight from the start. i am too like why cant we all idk get along find who the real enemies are and deal with the real enemies if theres any. the war back then really felt .. unnecessary to say the least. i know two rogue states wanted independence but they coulda done it the other way.. but having Russia involved . ugh like i said politics and that stuff is bullshit. and true and i hear Georgia is still struggling from the impacts of the fall of the Soviet Union and that war.. :/ anyway i understand your views on this and i do agree too and im happy you, your brother and your family survived that war even y'all were on vacation but still, im happy y'all are alive and well despite whatever issues you folks deal with but im happy you're alive and well ,that matters. same to your family. :)

Oh God... money problems and work problems also like i said economic issues also but damn thats just terrible. your parents work 2 jobs and yet don't have enough to pay bills, put food on the table etc. its terrible they work hard like you said but they don't pay them a fair wage, a fair paycheck to substain and survive :/. i understand why it does and i would be too if i was in that situation. :/ but hey have your family or even yourself ever think of immigrating to Europe or the UK or maybe even the US or Canada in that regard ? i know it won't be a easy task but it would be nice to consider such an option to better your lives and try to get in a better place in life right ?

hehe nah its ok. XD i like that you got open to me about this even if its just a simple question but hey it makes a conversation right. :) its ok no worries im fine with this. XD

anyway, really ? YAY \!! :D haha i figured you'd cry at the ending . and nah don't me its ok. XD i cried to some shows and anime myself too though quiet cry or just tearing out but its fine alright ? XD im happy you finished that :)

Not yet sadly i been busy with other stuff and family problems also :/ but i will soon :3 i can watch it on some streaming sites so i will and i'll let you know when i do and what i think of it. :D other than that apart from family issues, my mom scaring the shit out of me for several reasons and pissing me off over " not doing anything" im ok just hanging in there. family problems suck, family doesn't understand me. we all argue over anything now. i hardly get peace unless they go places or they're at work or something. i really need to find another way to high tail it to Texas. but other than that im ok :3 also been playing Pokemon when i get that feeling too so about it really :)

hehe i guessed right. :D how is it there though ? first time i heard of the country is when y'all went in a war against Russia in 2008 and heck i remember the coverage that gotten here in America back then and back then what i heard i felt bad for you Georgians so yeah i heard of Georgia tho not in the best of ways but i know of your little country. how is life there though ? :) and you're very welcome! :D im happy i cheered you up , that and you made my day really :)

Oh i remember watching Bleach. XD idk how much i watched but it was an awesome anime to watch in the day and true it was alot lesser thats why i gotten into it more than Naruto and hey nice taste though, i approve of your number one anime :D XD. and true im the same i gotta be in a certain mood and havin the time to do that because for anime like these ? they do take alot of time and we gotta be sure we got that time so totally lol. i do too but when i think of it. it takes alot of perseverence and deep interest to watch these long animes compared to a 12 episode or 24 or more. i guess like i said to persevere through the longevity of it, have a deep interest into it and keeping that too.,

OML XD you havin a all nighter to watch all that ? XD XD and see you can't get enough, you're really loving it so thats why you keep comin back to it, hehe. :) and same tbh because i got tons of friends that are into Naruto and i know what happens.

hmm you know what you given me the motivation to! alright i will :D i'll give it a shot tonight :) watch a few episodes before i sleep or somethin :3 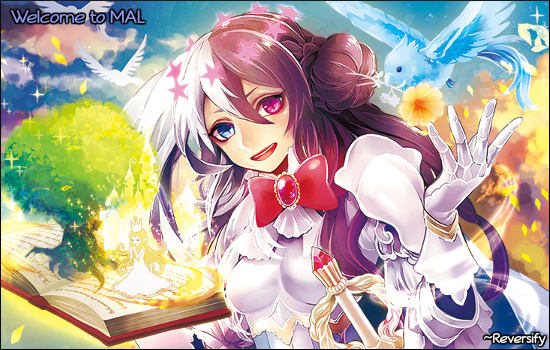 It is! XD the only anime i even watch with a crazy episode count is Pokemon but i been into Pokemon since i was 5 ( im 21 now btw) so Pokemon is my exception and been in the fandom for years lol but holy crap well you got time to watch 40 a day i don't blame ya. XD also you're enjoying it too so keep watchin, hehe. :3 i was into Naruto for awhile tho i started from the oriignal series before Shipudden but i guess the episode count kinda drew me away, i need motivation to go through it and time lol. and oh im sure of it. XD i seen spoilers of it also and im like " welp i don't need to watch it anymore" XD haha the struggles of being a Naruto fan XD i know how you feel i was the same on another anime last year, super hard to avoid spoilers and voila seen them and im like " damnit" XD

Oh Georgia as in the country ? i know theres the state of Georgia in America and thats the south lol but i don't think you're from there since you called university, uni and we Americans call it college or just full on university, we're weird i know. lmao. and congrats on finishing high school! :D tho damn tbh you do need a break since you feel nervous and anxious about starting college soon ;-; its alright if i was in that situation i would be too. but hey its gonna be ok im sure it wont be that bad i hope ;-;

berto64X Sep 7, 2017 4:18 PM
its ok :) no worries and ah which youtubers ? i used to watch a youtuber that did those vlogs then lost track after. ah you're watching Shipudden aka Naruto what episode are you on ? ^^ haha i was the same well i still haven't watched it because dang the amount of episodes in that. it'll take me months unless i crazily binge watch like you ar enow hehe. XD but hey now you are now since its finished, makes it a lot easier than when it was airing. now Boruto is airing and i hear mix things about that. XD

makes sense you're on break summer break. and darn ;-; where you're from btw ? college and high school has resumed here in America.

berto64X Sep 7, 2017 1:14 PM
YAY hehe awesome :3 like what are ya watchin ? i was watching some Pokemon stuff earlier like the stores in Japan that sort of stuff

oml i can relate XD im the same tbh right now too lazy to anythin else. just talkin to others replyin back to you.

me im doin ok. waitin' on food to eat and watching youtube . :3