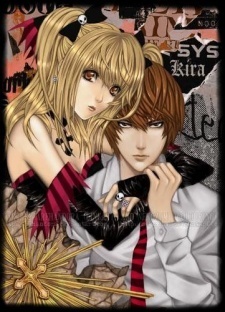 Rem- Aug 9, 2016 2:08 PM
No reason in particular. More of a joke really. People always think my name comes from that anime. I pretend to hate it when in fact I don't mind it at all =p My name is from an anime though, but the character is pretty elusive. Haven't met a single person who recognizes it accurately.

Rem- Aug 9, 2016 12:00 AM
The ending ruins THE ENTIRE SERIES. Tell me you agree. You can't just kill one of them off randomly! Plus what's up with Cal getting separated from Zwei after that apartment explosion. Are you telling me these super spy's haven't heard of cell phones?! This is why I hate it when my sister's mother takes her cell phone as punishment, she's basically asking for her daughter to become brain washed by a psychopath after he blows up her house. She doesn't think of these things, good thing I do. Cal was a pretty cool character too, it's so unfair how they gave her the mentality of a 4 year old THROUGHOUT THE ENTIRE SERIES. The events that happened to her were really not that difficult to process, even for a child. However, to carry that same mindset all the way up until her death is just silly. The events speak for themselves, shit exploded, cell phones aren't a thing, contacting each other is complicated. All that said, I sure would love to have a partner like Ein. Isn't she neat?