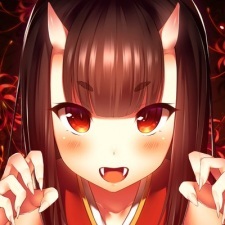 MEdeSMU Aug 10, 2018 7:39 PM
i was roaming around mal and became interested to see what other people thought about my fav animes and i came across your profile and liked it so decided to add you i hope you don't mind

AmyTwo Feb 28, 2018 3:58 PM
Sigh. I just tried replying, and for some reason it didn't send. I typed such a long message too. I hope it sends this time, otherwise I give up since I'm too annoyed.

I wanted to apologize for my late reply, which is funny since you apologized for yours, but I'm much worse. First of all, I did already read your message a day after you've posted and wanted to reply (nice Kino no Tabi comparision, by the way), but I completely forgot what I was originally going to say since I was inactive for such a long while. This is because some idiot had some kind of long poll in their vehicle that hit the power cords, leaving us without electricity, and for a long while too since the power people took forever to fix it. So that happened. >_>

The other reason why I was not here for a long time was that I had very dreadful weeks that placed me into inactivity. I didn't feel like doing anything except sleeping. I was forced to be taught how to drive, and their way of teaching me was making me ride the highways, even if I've never driven a car before in my life. What was the result of that? Why, a fatal car accident that placed me, and only me, into the hospital for a while. The doctor, caretakers, and my family frequently visited and checked up on me, spewing bullshit such as that they were happy that I'm still alive, for me not to give in, for me to keep fighting for my life, that I'll be fine, yada yada yada. Reason why I called it bullshit is because after I felt better enough for me to be on my way, the doctor and caretakers slapped me with a hefty medical bill, and treated me like I never existed until some other "tragic" enough of an event happens to me again that would result in me being back to the hospital for them to charge me once again. The bullshit spewing that I said before also was regarding my family, because even though they looked all worrisome and crap, the majority of them treated me with anger and disdain for being in the accident and for being slapped with such a bill, and punished me at the end. Meanwhile, the rest of my family stopped caring much of what I went through before, along with them not defending me at all when the others punished me and were angered at me. They basically found it to be completely my fault as well, and pretty much no one really cared about me and how I was doing. Just cared that I was involved in an accident that ruined their vehicle, and that I had a medical bill. Nothing else, really. Including my cousins who also visited me at the time. The cousins that I told you about before that basically betrayed me at the time and never really cared about me. Yeah, well this is but the carving of that feeling. They never really cared much about me even though we seemingly have been very close for so many years, and they still don't even though I haven't contacted them at all for over FIVE years due to this kind of grave, doubtful feeling I had before about them. This is the real them. I don't think there's a single person I can ever really be happy enough to personally trust or even to meet and see at this point. To be honest I still feel terrible that made me inactive for a long time, but at the very least I am not as inactive enough for me to finally respond again after so long.

electromagneto Feb 17, 2018 5:29 PM
I'm planning to watch Mushishi, then I see you seem already progressing. How is it? Great?

electromagneto Feb 17, 2018 5:24 PM
There are many, actually. I took a look at your favorite anime list and quite surprisingly I could relate to many from it.