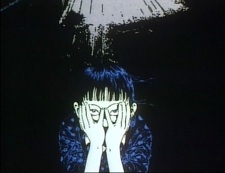 Noboru Feb 28, 2018 1:33 PM
That might be certainly true for Ballermann songs, but other than that, Schlager have a certain "Kult" like "Wahnsinn", "Bruttosozialprodukt", "Ein(en) Stern" or "Marmor Stein und Eisen bricht", "Über den Wolken", "Ich war noch niemals in New York".

The simple lyrics are also very good for live performances:

Noboru Feb 28, 2018 12:22 PM
If you speak of contemporary culture, then yes, "Schlager" are the "hit".
But "Classic" is usually what gets appreciated more than "Schlager" and "Neue Deutsche Welle".

Avena05 Nov 18, 2017 9:15 PM
Talking about Jack, damn he's just as creepy and insane as his character should be. Besides Peter Finch in Network or Heath Ledger in TDN, I've never seen such an outstanding acting in a psychological/horror movie (probably the best of its genre). Oh, and I have to take into consideration Duvall's efforts too, remember she was pushed to her own limits due to Stanley Kubrick's seek for the perfect scene. I do not know a lot about direction, but I have to say that every secuence of the film and every piece of the OST match perfectly.

Avena05 Nov 18, 2017 1:57 PM
Have you seen Chinatown?
Probably my second favorite Nicholson movie.
(not directed by him of course)

Avena05 Nov 15, 2017 2:20 PM
Would you? He has lived long enough. He was almost 40 when he performed Jack in One flew.
That reminds the day when Philip Seymour Hoffman passed away. Damn it hurted, he was so young.

I'd have more hope for a third party if there was a third party that wasn't a fucking joke. The Libertarian philosophy is the best, but the Libertarian party is a shitshow probably mostly made up of one-issue voters (marijuana). Gary Johnson... could have conducted himself better. We need to get our shit together.

Daddy-O Nov 14, 2017 5:57 PM
I've met a few other politically like-minded folks across the forums, so we're not completely alone lol. Shapiro is a great dude; the best public speaker/debater I've ever watched. I laugh every time folks on college campuses and even people I know personally label him as white supremacist or bigoted and the like, because it shows just how uninformed/dishonest/batshit the Left is.