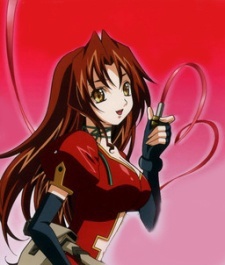 Aka_Saber Dec 24, 2016 12:05 PM
Not sure about you but it seems like I've gotten busier over my break DX. Hopefully yours has been a lot more relaxing. At least I still have a couple weeks left so hopefully things slow down for me. Did you do well on your exams and essays?

Nah, I've considered not having it either since it takes up so much time. But it is easier to keep up with some close friends so I keep it. So I believe you XD. Hopefully you're having a nice Christmas ^.^.

Aka_Saber Nov 26, 2016 4:57 PM
Sorry for the unreasonably long response time -_-. Been really busy with school so any free time I've had has been going to just trying to keep my anime time up. Thankfully I'm on the edge of winter break :). Hopefully you're doing well ^.^. People who view you as a traitor because you're not a feminist is ridiculous especially when they don't look out how toxic feminism really is. I'm all for equal rights but that's not what feminism is for anymore.

True, IM is really convenient but if you get in a conversation it can really take up a lot of time. I know I spend a lot of time on it.

kaitonic Oct 27, 2016 11:44 PM
Well it's a mixed cultures here.There is holiday for any cultures like Chinese, Catholic,, Muslim and other.

Aka_Saber Oct 27, 2016 10:26 PM
Long projects suck -_-. One of my professors has been a real douche recently finding any reason at all to take points off of my assignments. Like one he even took points off because I accidentally add an S so instead of sale revenue I wrote sales revenue. Got me dinged. Candy good, divorce bad. Unless you're spouse is cheating or flat out refusing to work with you divorce should always be a last resort. People who get waste are just idiots to me... you get what's coming to you in my opinion. The world isn't here to protect you, take responsibility for your own action. At least you're a girl, you could have put that feminist into her place without being degraded like a man would... they'd just call you a traitor to women. Which is really stupid... but it is what it is.

Oh wow O.O. That's rare. You should try one out sometime. Could definitely make your life easier. But I get not wanting to use one. You can get tied up in responding which if you want to get other stuff done can be distracting.

Aka_Saber Oct 26, 2016 5:22 PM
Yuck, midterms. I'm going to have that issue next week -_-. I'm glad, I like hearing people's thoughts as well. Divorce runs rampant, it's insane. People seem to think a divorce is just the right solution, I don't agree. Lol it's not really cat calling if a girl has to go up and ask for it XD. I get if a guy is doing it in the dark, but in public, in broad daylight... It's not that scary. It was still probably cute :p. I've drank alcohol, it's okay. It has its place. I don't think I could ever get to the point of being drunk. I just don't like it. He really was a hero, he should be congratulated for putting up with that crap. Ooooo I wish I could have been there to see that.

Hope so, got my fingers crossed.

Do you have a discord or skype? Might be easier to use IM than try to keep up with long responses.

Aka_Saber Oct 17, 2016 2:07 AM
Good, I'm glad I'm not boring you. Nice to have someone to express opinions with. So true, cats and dogs have better relationships these days. Jeez before it used to be unheard of to get a divorce, now adays it's like the norm. As just an example of how no one gets along anymore. If a girl said I looked very handsome I would be flattered. I have only ever been told that a couple times in my life and it made my day every time. Like why wouldn't you enjoy someone telling you that you look good? I would think it would flatter anyone. But no. Cat calling is a different thing all together though.. although that does have its place too. I mean as a guy I'd be cool with being cat called. At least you know you're rockin it. Some guys do take it wayyy too far though, but I don't think saying a girl has a nice ass is all too bad. Sometimes you're not in it for a serious relationship so a cat call is a little more laid back. Who knows, maybe the girl isn't looking for anything serious, could be a good pickup for saying hey I'm interested lets go to my place :p. Little differentiation between serious and just wanting in your pants may do people some good. I've had decent people hold the door open for me, it's nice that some people will do it. I just curse the rude bastards who would rather let the door hit you then spend two seconds at a door they I already have open. But I guess it's rarer for people to be nice and hold doors open for men, I'm more out to have the door slammed in my face. If only all doors were automatic this wouldn't be an issue. I would have thought that was cute XD, I'm one of those guys who thinks clumsy is cute though (at least in moderation). The door is open already, in fact I would say they role out the red carpet. The girls in my classes got preferential treatment, you could tell the professors were kissing their asses because it made them look good to have a female in their class. They didn't want them to drop it. IDK, I never understood why people do that... Or how they do it even... I've only ever had enough to get buzzed and it's really not a pleasant feeling. I'm pretty picky on my alcohol too, i'm just there to enjoy the taste not get drunk. I do enjoy a good mudslide or simple wine. Not a beer fan or hard liquor fan. Though I can hold mine just fine, it's just not pleasant to me. Besides the heavier stuff just kind of tastes terrible. I guess they go to meet a guy, then when it's not the prince charming that the alcohol made them think they were with they get pissed and cry rape. Nothing wrong with going to an upscale place though and meeting people properly. Bars where people get black out drunk to me just scream desperation and or people trying to kick depression. Hero my ass -_-. The guy wasn't a sex offender either, people are morons. Him blowing up only would have made it worse. I think he handled it well by walking away. You can't deal with crazy. I hate that the system doesn't allow fighting, I'd love to just be able to put people in their place. If there's one thing I'm good at it's fighting, but I know the feeling of having to play the weak person from school. My mom always told me to keep my nose clean and not get in fights that it would cause more issues than if I were to just kick ass. She was actually proven right down the timeline though... my principal actually had my back when I needed it because he knew I was a good kid. Wasn't too fond of taking the sucker punch though >.>, ofc the fact that my nose bleeds easily didn't make it look any better. But oh boy did it help with the sympathy :p. Never told anyone in my school that I had studied martial arts for the better part of my life though and that I was a black belt. Fought people on much higher levels then high school punks. Made me feel like an MC in an anime though, how many of those guys have to take crap from people despite you seeing on screen that they are easily capable of mopping the floor with those guys. I ranted, I'm sorry. Just bad memories now.

If only more people would accept lolis into their life the world would be a better place. 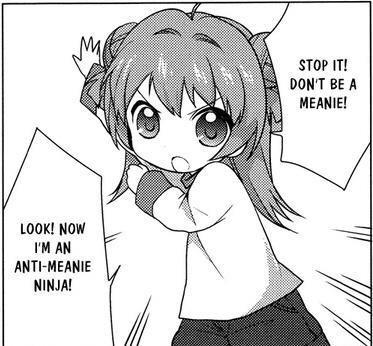 You are very lucky. I feel lucky too though, many people would kill to have one good person in their life. At least I have that. I hope it works out too, but considering where I live my chances don't seem good. What are the chances of meeting a cute down to earth girl that is old fashioned and who happens to like anime in these parts? I don't really want to move though, I like that this town is small, I'm not a people person Orz. I've pretty much resigned myself to being forever alone, never even found someone worth dating and I'm a withered old man already -_-. Good, handwork finally prevails. Nice to hear people who work hard and get good results in life.

True... there is Julio, I almost forgot about him. Lol different flavors of icecream XDDD you're killin me.

kaitonic Oct 17, 2016 1:29 AM
Yeah also it is nice to meet every sort of different people from anywhere don't you think so.
All Comments