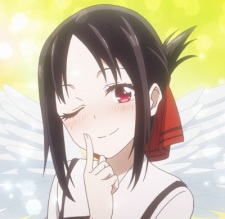 hii hii members! sorry the newsletter is getting out so late to you all this month! if for some reason you have already recieve a newsletter or have dropped by the club this month be sure to check us out again for we have added 2 new sets of cards. We are looking for more staff members if interested in joining our staff please check out the now hiring link below.

Quizes:
Seme/uke Test | Are you a Yaoi FanGirl/Boy | What Yaoi Couple are you? | What yaoi anime are you?

There are new MEMBER BADGES and MEMBER CARDS.

hii hii everyone! i know we are REALLY late this month with cards and newsletters. >.<' but i hope you are still able to enjoy what we do have available for you even if it is for a shorter amount of time!

we are currently looking for ideas for all of our polls if you have any recommendations on what you would like to see in upcoming polls leave Infactuation21 a message or comment and they will be added to our lists.

Merry Christmas everyone! our christmas event has begun! stop on by and play our mystery cards that we do for our holiday events. also check out the other cards we have availble for you to get.

our banner contest is coming to an end and we are in need of your votes to find out who our winner will be. so stop on in and support your fellow members by placing your vote!

thats all we have for you this month! hopefully next month we will have new member cards, badges and claims! if you wish to help and be apart of our staff we are always hiring. click here and check out all the positions we have available.

hii hii members!! sorry for the absence of last month. but hopefully we made up for it this month!

Cards we have available for you all to claim. hope you all enjoy!
November OTM LE
November LE
1600+ LE
Rainbow Re: Indigo Edition

vote for your favs and see if they win our polls for next months set of LE's. if there are any of your favorites that you havent seen on the polls feel free to drop infactuation21 a message with your suggestions. we are always look for new ideas. :D

BL Addicts! is having its second banner contest. if you wish to display your creative talents feel free to participate and see if you win!

We are also still looking for more staff members. if you are interested in joining the BL Addicts Staff check the link below and see if there are any positions available you might be interested in.

Dont forget to like us on Facebook and get your BL fix through our random posts and get your info on the club faster than newsletters.

lets have another great month!!!!!


Happy Halloween Evereyone! i know we are a little late in celebrating but thats ok! come play along with our mystery candy event! and see what you end up recieving when the event is over!

Also we have are continuing our rainbow re today as well! so stop in and claim your cards before all the spots are taken.

Sfuturama79 Oct 23, 2013 5:38 PM
My favorite setting is apocalyptic/end of the world settings as for themes I really like anti heroism themes because I love seeing the bad guys win (not sure why though) xD. For genres I love watching psychological, tragedy , mystery, romance, philosophical and action. My favorite type of male characters personality wise are non shounen stereotypes preferably characters that are relatable and that have flaws such as the ability to do controversial or consequential actions while putting a strong appearance to hide their emotions of guilt which is another example of why I love code Geass. My favorite female characters/protagonists have to be smart and definitely independent because I hate the damsel distress stereotypes of female characters they must also be able have the ability to be equally stronger or stronger than the male protagonist (preferably stronger). So hope that covers everything about my anime tastes and all :). Anyways that is a pretty good list of what u watch this season I am watching all your favorites and even more because this season is the bomb I can't recalled a season that has me watching 80% of this season hmmm....... U want some recommends well I say watch log horizon(better game setting than sword art online), golden time (author is the same creator of toradora), yozakura quartlet (it's a very relaxing and fun show to watch)and u should keep an eye out for the upcoming anime pupa because it's going to be a very interesting show to say the least the genre of this show is horror if u wanted to know.

Sfuturama79 Oct 20, 2013 10:54 AM
Well the day u decide to play all the Pokemon games will be the day I decide to be your rival and challenge u lol xD. Yeah same here on not being able to wait for the second ova episode of code Geass to be subbed already because I really want to see what C.C was doing during the 1 year time frame that lelouche was gone/captured during the end of the first season since the 2nd episode is based during that time. Are u watching any of this season's anime if so which ones? Also what are your type of settings and themes in a anime?

Sfuturama79 Oct 19, 2013 9:33 PM
I know right!!!!! I'm pretty bummed out that they did that to a show that might have brought back the charm that Pokemon lost due to the original Pokemon show just becoming retarded. I still play the Pokemon games what about u? I see u have code Geass as one of your favorites it's always great seeing a fellow fan of code Geass have u seen the first episode of code Geass Akito the exiled the ova?
All Comments