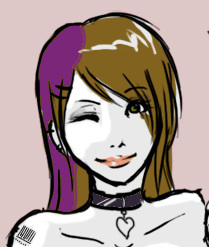 Jupiterbae Jul 1, 5:31 AM
hi!! I came across your profile awhile back through ur review on Aozora Shoujo-tai, and I ended up watching both sketchbook full color and sakura quest bc they were on your favourites... I loved them so much!!!! do you know of any other wholesome shows abt girls hanging out like those? hope ur having a good day.

nachomaxo1 May 28, 2020 5:19 PM
I liked agent aika too and I think it's good despite my issues with the last three episodes
sadly the reviews for it here on mal are just garbage
they just judge it only on the fanservice and forget anything else
I don't understand how people have an attention span so short that a panty shot or fanservice in general causes them to lose their entire attention
it's kind of sad these are the only kind of people that reviewed this and gave it a bad name
because I actually think it's good because it does have a good and interesting plot especially the first 4 episodes,fun and interesting characters,great animation and visuals,great music,the dub was good but it got worse in the last three episodes and I really find it really enjoyable unironically

tlato_but May 26, 2020 2:06 PM
I see that you liked Sakura Quest, all the girls are loveable by the way, but I strongly liked Sanae, the one with glasses.

Kurt_Irving Dec 20, 2019 5:03 PM
I see! well, anime is one of the best things that happened on 90s cable and national television. Other than that, what do you think of HBO Max getting Ghibli movies next year? of course, you may already get one or more of those films in a bargain bin sooner than expected.

Netflix is slumping in content prior to the rise of its competitors like HBO Max (will feature Crunchyroll, Adult Swim and probably Toonami plus a vast collection of Pokemon anime for the kids), but I can see still see their anime library slowly growing. I may check out 7 Deadly Sins on Netflix some time.

I heard Hulu has a lot of anime, but it may not be a universal streaming service till later next decade, though still unconfirmed when it will be globalized by Disney. In other news, Animax in Latin America has some pretty interesting content, anime-wise.

Btw, a friend of mine who is a long-time 80s anime fan turned 39 last early October.

Berry-Vodka Dec 18, 2019 2:10 PM
i see you cpmpleted some anime i have wanted to watch but i didn't yet,,,
i would like a talk about older ani sometime thamks