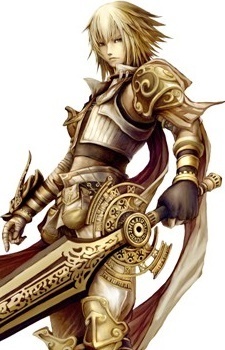 Hibbington Mar 7, 7:06 PM
Greetings justice0, I recently gave you an invite to a seasonal club called the Anime Guild.
But I do also like to interact with the people I'm looking to bring into the club.
The club consists of a lot of different seasonal activities from Power Rankings to OP/ED Comps to Seasonal Cards.
We also have an active Discord Server as well as annual events throughout the year ^.^.
*If the invite doesn't go through just message me about it*
I shall give you pre-congratulations on getting to 1,000 completed entries!

SteveBert Feb 28, 2014 8:03 PM
Nice job on your Recommendation with
Sora no Otoshimono and High School DxD both are very purvey

-Kazu Jun 21, 2013 5:23 PM
I'd be more supportive if the recommendations were for characters, but it's actually for series, so say even if certain characters are alike in two different series, that doesn't mean both series are alike.

Short: While the MC's might be similar, the series aren't, and that's what the recommendations are for, series, not characters.

..But i guess that's just my opinion, pay me no heed!

Shahjoo Jun 21, 2013 12:12 PM
Hey!
Just read that recommendation you made, it was pretty good!
I like how you made the connection between the two (I haven't watched Code Geass) but i really liked the recommendation :D

bloodshadow Sep 25, 2011 4:03 PM
Those are fairly good. How do you draw? With some pictures nearby for references, poses/ etc?

Draw anything purely from your mind with no references?