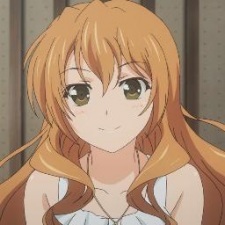 Mahoutsukai no Yome: Nishi no Shounen to Seiran no Kishi
10 hours ago
Completed 3/3 · Scored 6

Draculoid Aug 26, 2021 4:13 PM
I "play the game" a bit but probably not the right person to ask about the authenticity of this adaptation lol. I'm very casual and often skim the dialogue (also it was a while ago I played the Solomon singularity). From what I've gathered though it's done quite well. The more diehards of the game seemed to have enjoyed the film more than myself due to the story elements and even expanded dialogue during the Beast 1 fight. The animation/voice acting help with the drama (especially a certain fake out death) and embellishment in showing many servants appear for the battle also helped that feeling of an epic culmination. I think as an adaptation of the source material it was done well, and bigger fans of the game seem to think that even more so. My issues with the film came more from expectations of the studio and fro ma technical standpoint (though even on that front it wasn't BAD, but below my expectations).