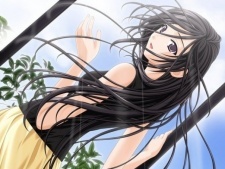 amginex Apr 18, 2012 4:23 PM
hehe zetman. i keep seeing here in mal that its too fast paced, skipped alot of the manga and added elements not in manga. fortunately for me i havent read it hahaha. but yea, its ok so far. i keep feeling bad for auntie :( seemed like her life started downhill with Jin. And now Jin has chose not to be around her (with purpose) its heartbreaking

aznkayle Apr 18, 2012 1:48 PM
Zetman is pretty fair, although I prefer if they shown the first episode some where else as a flashback.

-Cherrie Mar 16, 2012 7:11 AM
Haha I haven't watched it yet since there are so many episodes of it now! O_O I will get to it soon though I promise! Any other recommendations?

-Cherrie Mar 15, 2012 7:06 AM
Thanks =) It's one of my favorites too, that's why I joined. I find that a lot of people have high capability with me... maybe because I watch all the typical romance/comedy and mainstream anime =X

Yes you're right. The latest Natsume episode was stunning both in visuals and in audio. The soundtrack couldn't have been better. :]

amginex Mar 12, 2012 8:32 PM
ryn: thats where i watch most of my animes as well. i mean gogoanime or at watchanimeon or animecrazy.......just saw the brave10, i wonder how it will end, they made it look like the league of 5 is ALOT stronger than the brave 10. but i get the feeling theyll just screw up the ending and somehow the brave10 wins, because of isanami of course.......as for nise, i love the series for mostly the dialogue and the way its presented. otherwise its just another anime. tsukihi being immortal was predictable for me. when koyomi undressed her and mention the scars "missing" was the first hint. which also implies that the phoenix didnt possess her until sometime after she had her original scars. hopefully they wrap it up nicely in the last episode. most series are only as "popular" as their endings

ProAssAsSin Mar 12, 2012 4:19 PM
np :-)
yes,it was and the whole 4th seaon so far.
hmm no..but wonder how many eps this season will have,let's just wait.
I'm hoping for another Durarara!! season (by the same production that did Natsume series)

tsubasalover Mar 11, 2012 1:05 AM
Oh, I only read first chapter of manga (free sample at the bookstore).
All Comments