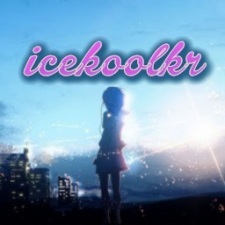 killerqueen2000 Apr 18, 4:59 PM
and uh I really like old anime/manga so I know Hikaru no go. I might just have to add it to my long list of plan to watch though. Dunno when i will actually get to it.

killerqueen2000 Apr 18, 4:58 PM
Act 1 is more rough in its art but still really good. I love sports anime as well but my favourites aren't the mainstream ones.

killerqueen2000 Apr 18, 7:54 AM
Ace of diamond is def better content wise for season 3. the character growth is just amazing and the struggles of Sawamura from Act 1 finally pays off which just makes it more satisfying. I agree that the anime def was not as good tho but manga wise Act 2 is so much better than Act 1 imo

Lylaaz Nov 4, 2019 6:39 AM
Hi! I started watching Hoshiai no Sora and I really recommend it to you. It has Kaze ga Tsuyoku Fuiteru vibes. :)

Lylaaz Nov 3, 2019 8:17 AM
I just read it :)
Let's hope Sawamura does great this time!
I think they will go to the final round at least. Miyuki is basically one of the main characters so i think there will still be something bigger with him.
I actually like Okumura (i like how he randomly appears behind Sawamura sometimes and his interactions with Sawamura), but yeah no one can totally replace Miyuki, i bet there will be two pitcher - catcher combos in the 3rd year. I might be wrong though.

By the way, how is Ahiru no Sora? From the previews it seems to me it might be the typical 2003s anime that is late in its production. I'm kind of tired from the gangster theme so not sure if it's good in terms of story or not.
In terms of sport/slice of life anime I'm kind of looking forward to Hoshiai no Sora (lol they both have no Sora in names).

get time to flesh character out - indeed! :)

As i am reaching the latest available episodes
guess the bet i made that maybe something happens with Furuya became true. Although i hope it's a minor thing since I hope to see Eijun to get ace number through hard work. Just making Furuya get hurt makes it quite.. too simple.

Lylaaz Oct 17, 2019 4:00 AM
Oh my I must say that i loved Diamond no Ace: Act II's episodes 15-16. He was so reliable.
The way that Eijun had to feel so suppressed, and while giving his best they still lose because he just isn't the ace.
Call me the devil, but i love it when main characters struggle :D
in hopes that they will get better.
Anyways these episodes have greatly impressed me.

Lylaaz Oct 11, 2019 1:16 PM
I see :)
As a binge I just meant watching episodes one after another without waiting a week for every episode. Currently I don't think I am missing anything important..

It makes me happy you like it so far, it means there's probably good thing ahead to look forward to!

Ahh it's totally okay if you didn't notice voice actors like this. :D At least now you know. It's like they lowkey inserted Goro to another series. Intentionally or unintentionally - who knows. Why is it bad? Maybe it's even good (less distracting) so you don't get images of totally other characters speaking the sentences. Although i must say sometimes it's very fun. ( here's an example of Haikyuu and Hero academia: https://www.youtube.com/watch?v=jMqL1VkZbV4 )

The only video I have watched of Vinland Saga is from Gigguk, did you watch something else for the comparisons?
I agree, I don't mind it much. Although I would love to see a dubbed version of this series one day. How cool it would be if they could get all the languages right.. :P Although that would mean they speak Danish most of the time.

Yes, it's hard to predict as of now. The story is still young.

Diamond no Ace. What a tricky show this has been for me. My thoughts? Hmm..
I read around 300 chapters of manga in 2013-2016 (before anime even came out), and to be honest, I didn't really like it back then. I had always loved Major, One outs, Adachi Mitsuru's works, because all of the shows were around one central figure - one pitcher- so it made me really mad that Eijun didn't shine enough since the beginning.
I just wasn't ready for Diamond no Ace back then..
So now a week ago I saw newest episode of Act II (which you are also watching), and then I watched 3 more episodes.. in backwards order. LOL. Then I thought: I'll just start from the beginning. And now I am watching and quite loving it. Whatever frustrated me back then - now I am just loving watching them work hard :D

And I have also started to like other characters as well because I gave it another try from the beginning.

Did you find it easy to follow since the beginning? :D Maybe anime makes it easier to follow, actually? And it seems like a show that is good to binge-watch. That may also be it. I see you haven't read manga so I am basing it on that.

Yes, the progression is really nice. I had a feeling back then that Eijun's main goal is to probably beat Furuya but I just couldn't believe it. And I still don't know how it will go (no spoilers, please). Waiting chapter by chapter (in ~2013) it felt really frustrating that Eijun was nowhere to be found for several chapters. Giving this a fresh start made me like the side characters so now I don't feel angry anymore. :D Everyone is pretty awesome. It has it's own approach and i like it. And i wouldn't even mind it if Eijun wasn't the main pitcher. Perhaps it will be a dual combination of aces. Or something will happen to Furuya (if we go with Adachi Mitsuru route.. yikes). Just my view of it for now.

Fun random fact: In episode 11 in season 2, there is an enemy who has the same voice as Goro from Major who is also a pitcher. So funny when you think about it/notice it.

I agree with Vinland Saga :)
Maybe in time people will notice it more. It's still not completed. I haven't bothered to read what people think about it. To each their own and I find it the best of the airing season personally. Since we are both enjoying it, all is well!
Not to mention, since I am from Europe the Viking theme kind of feels one of the closest things anime has ever depicted. (Except for Hetalia literally having country characters). You don't see many anime like this because.. well it's Japan.
Also it's amazing how similar Askeladd's young version and Torfinn are visually speaking. I wouldn't be surprised if their mothers are related somehow..? :)

~End of the long ramble~

if you enjoyed Baby steps anime then manga is definitely worth the shot. The art style is really good and way better than animations imo. Translations are still 100 chapters behind from completion, though. Fun fact: If the animation studio had animated 1 more episode we could have seen the date chapters animated.. sigh, the cruelty! :D

Lylaaz Sep 2, 2019 4:54 AM
Hi! I'm actually rewatching and rereading Baby steps. But i have seen anime only twice now. How far are you with it? :)
I started reading manga in 2014'ish ? So it's one of the series that i have been with for years, waiting for translations and etc.. and it's still not completely translatedd.. Although it seems there are weekly updates so it's still being worked with :)

I actually know that the ending will be open ended. (Hey it's the same deal with Hikaru no Go and we still both love that series, right? :)) The magazine had a change of editors or something like that. So it was not the authors fault.
Even with an open ending there is still so much to gain from this manga. The way the MC thinks and analyses and works so hard makes me want to be a better person and that's what's important. I can really relate to the MC in terms of how many notes he is making (i'm a note taker too!) :D So many mind games and it's interesting to read when you get into the flow.

From Baby Steps to Giant Strides. Not sure how likely it will be, but i would be super happy if this series continues one day as "Giant Strides".

Lylaaz Aug 15, 2019 3:41 PM
Hey, Kimetsu no Yaiba isn't that bad actually. It took me a while to get used to Zenitsu and the wild boar guy. The latest episode was visually very good and i rewatched first 6 episodes, i like it second time better.
All Comments