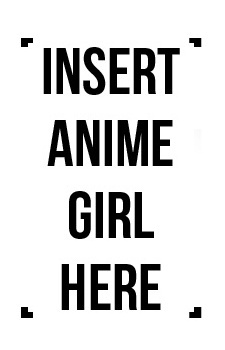 Electuslog Jul 14, 11:26 AM
Oh damn, at least you're looking at the positives! Great to see you back with your passion in cars, getting into a hobby is a great way to move on and it would be awesome to have you on AniList! You can easily migrate your list. Plus there are a lot of cool anime that came out in the meantime! I'm not watching much to be honest but even a little can be fun :)

Electuslog Jun 17, 2:01 PM
Hey dude! Hope everything been good <3 I've migrated to AniList lately, just wanted to check in though!

Electuslog Dec 26, 2017 3:19 AM
I see you're planning to watch the "Yahari Ore no Seishun Love Comedy wa Machigatteiru. Zoku OVA" even though you rated the original 4, interesting choice ;D

I'M GLAD YOU'RE STILL AROUND THOUGH <3

Hopping around jobs might seem bad, but hey, you get to experience way more professional atmospheres! And holy heck?! A porsche? Those are super expensive! Did you get a new one or are you building one up yourself?

For me, everything is quite good! I finished my ATPL training and got my license! And now I'm in a university course trying to gain that last bit of qualification ^^ aside from that, bored and wondering around.

I'm sure if I look into it again, I'll find it! But for now, I'm trying to get back into anime! How about that!

I completely forgot about the site and I stopped logging in for it was one hell of a period. I hope everything is going well ;-;

I'll just continue on the with the convo like normal THO...

I have to admit that MCM sounds super dope! I love watching shows about average people trying extraordinary stuff they usually wouldn't try without being pushed into it! :D

I had to dig up whatever I used to mark it but I couldn't find it! I was using KissDrama but it seems to have removed the show all together. It seemed really funny, too :(

I've never seen Might Car Mods, is that a show like PMR? Although I heard PMR was really bad for some people and made the car value worse. "I try to go school and work, so I don't have time to care for my care". "DON'T WORRY, HERE'S A FISHTANK!" like that hue.

Hmm a box like cable? So no online method? I'm pretty sure the internet has em stolen already, just the name would be enough. I don't know Dolphy, guess I'll check em out soon. The show I added to my watch list was about some girl being used to stop an assassination of an ambassador and it was rated Comedy so you know I's got to watch that.

Yeh, good luck for that. Commercial helicopter pilots do have better chances of getting jobs because A LOT of people have helicopters not all the rich peeps have jets, y'know?

Electuslog May 13, 2017 10:01 AM
That's a lot to spend! @_@ Unless you plan on selling it for more after you fix it up. Kind of like that Pimp Your Ride show! That would be dope. Like a hobby and a source of income! Psht, you say that now but when you're booked, you gon sooo regret it!

Sheep... I have AN URGE TO SEE IT NOW!!! I did stumble upon a Filipino show once, and I think I had it on a watch list somewhere. This is an adventure! As long as what you find funny is slapstick comedy...

If the US Army allows VTOL's to be used commercially, they would be freaking everywhere! It would be legit awesome. Help so much with cargo and transport and all that stuff. I also did not know that about VTOL's, guess it'll be easy to move over to normal airplanes.

Electuslog Apr 29, 2017 2:37 PM
Buy a car? You added that so nonchalantly LOOOL, otherwise good suggestions. Psht, It's never the time for thrills. Don't arrest me officers!

WHAT! I can't possibly imagine anything more overdone than Korean dramas, damn! Never heard of that (thankfully), finding an enjoyable Korean show is so rare because they can never focus on one thing. I watch shows tagged as comedy but they had everything in it. The worst example is a "Comedy" I watched where they had teen rape, suicide, murder, corruption etc... Like? WHAT?! WHY WOULD YOU DO THAT! However, there are some really rare and good gems. Like this recent one called Chief Kim. The same tropes but in a refreshing way :D!

Probably a heli pilot @_@/ they're kinda the same? Hue hue

Electuslog Apr 16, 2017 1:25 PM
I wish I had a lot of stuff going on out of work. I'm supposed to compensate for the week off by having non-stop work everyday for the next week with no weekends ;---;! hELP me sheepy!

You wanna get chased by the police? LOOOOL! I feel like you could have gone down a completely different path in life with that perspective. Thank god you ended up being a weeb.

I've never actually watched Filipino drama. Is it like other asian dramas? I've watched a couple Korean, Japanese and such shows and sometimes it's enjoyable but most of the time the comedy is horribly overacted and the drama is so cringey and unreal.

I wouldn't doubt that at all. Japan has a lot of crazy and cars allow for that crazy to shine out. It just seems so complicated to me...

It unfortunately is! And it's even worse for airlines because they can't have interns or such because what kind of an idiot will have an intern fly a plane when you can get a qualified individual? It's unfortunate really. A lot of people get a headstarts because of connections, leaving a massive hole in the middle of most people's path.

Electuslog Apr 5, 2017 12:11 PM
I never log in either! AHHHH... Well, I was forced to for now 'cause I have a free week and so I decided to catch up on some stuff on my plant to watch list. I've exhausted all other means of entertainment. ;___;

I... I deserved that :')! You seek danger? Maaan that's unlike... Every human, ever! But still, it's nice and intriguing. You've done a lot of work and you're proud of that and that's fooken awesome :D

Dark places? Like the incest shoujo? HAHA! That's actually all I look for in a show... Happiness, chillness, and good fuzzy feeling. All of my favorite shows offer me that hope of what the world can be and sometimes it's just an escape as you say! Why would I watch a drama about people betraying each other and such when I can watch something to make me laugh and happy.

It is an uphill climb but you can't deny that it's super expensive and not really an option for a lot of poorer individuals.

I just thought the fast and furious movie was just exaggerating how they love cars in Japan but that's actually true? I discount NZ as a place for cars because of how peaceful it is, how it's mostly forests and not really cities with lots of roads and such, y'know? NZ sounds like the perfect place and if I were to retire, I'd defo want to go there but I think their climate is much colder than California? I think it's more like NYC? Just from it's location from the equator. It really is but to get there, as you can expect, it's a fucking PIA. You get a license that's pretty damn expensive and then you have to find some way to get enough hours to "activate" your actual license. How to get those hours? EH is the answer. It's super difficult and expensive to get from graduation to pilot for an airline because you need experience to join it - and how can you get experience if you aren't allowed to fly?

And it's not even the number of hours. Most require you to fly a massive jumbo jet for some 500 hours at least, and as an individual, there is no way you can get that much unless you're in an airline! I'm still trying to figure out how I'll go about it but now I'm just focusing on finishing. In the armed forces, you can rack up the 1,500 hours needed but you'll still need to learn the civilian rules and pass the same exams and such. In the end, I do think armed forces pilots with the same hours and experience as a civilian-trained pilot would be preferred but those are quite rare tbh.

That's like, fooken amazing! Aerospace developer!!! And studying and well financed at your young age? You got the game of life completed! Whatchu do at an aerospace company? o.o

Desu desu bakasan. I don't like Shoujou but it can oddly be relaxing when you don't wanna do anything else and you don't want to get into the plot or anything.

You CAAAN! Pilots can add their friends to a list where you get 90% discounts on partnered airlines which is usually like 80% of em! That's super inspiring, I had no idea Japan had a car culture and NZ has one too? I wanted to go to NZ but more for the scenery and tranquility :D

Distractions like important household appliances breaking down and my neighbor's packages ended up at my house instead of their address. It's been slightly hectic. I'm still trying to cope with Carrie Fisher passing away recently. 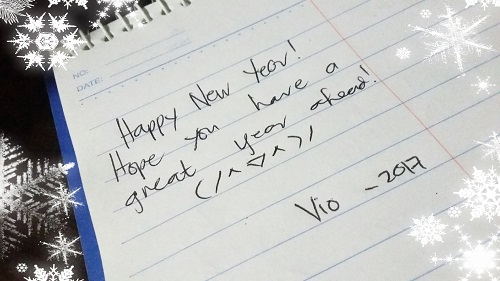 I'm going to try to come on more, but it might take a while. I have one too many distractions ongoing lately. Lol

League of Legends? That makes a lot of sense but watching anime doesn't even come close to the reward, skill and experience from fixing cars and gaining mechanical knowledge. Watching anime is just staring at a computer for hours ^^'.

That's sadly so true! But with a Senatorial position you get an awesome title and a voice that can be echoed beyond a company supervisor!

Oh right, I see the point you're making. In hindsight though, that control of water allows the company to invest in it, pump out amounts otherwise impossible, hire thousands of people and send water across the country where everyone has access to it. Whether it balances out, I dunno but it's hard to see clearly in these issues IMHO @_@.

Yeh... That doesn't really happen... Unless you're a cool pilot! Which I hope to be! Honestly, I don't want to go to Japan. Maybe as a tourist, but as a resident? Hell nah! Country is so monoethnic with super strict regulations on foreigners and quite a bit of racism going around. Add to that general inability to speak Japanese and you'll officially be screwed...
All Comments