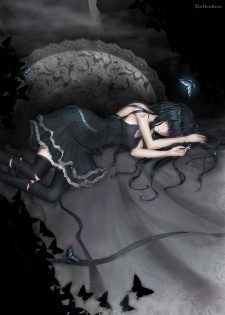 
P.S. Due to the club having so many members, we aren't able to send out newsletters to all of our members. If you would like to receive newsletters from the Slice of Life Club, post here.
Our newsletters include notifications on when our competition rounds start, club event information, information on our monthly banner contest (new feature starting in September), news about updates and changes to the club, etc.

June May 4, 2013 8:43 PM
i just didnt like the lists here which was the only reason why i joined. are the lists/databases still crap?

And an awesome way to beat the card game on Hard with perfect is to pause, take a picture, and then locate it while paused, then viola. All Vesperia costume titles get!

And yes, it's a typical JRPG storyline, but it's such crap. I can't stand Asbel, but the rest of the cast makes up for his lameness.

I beat the f arc boss, which is SUCH bullshit, btw; you're gonna have to use a guide to avoid this certain attack she uses at the last minute, which you can't counter, since it's an automatic activated Mystic Arte chain. It's fucking stupid. Whoever designed that boss should be shot in the face. Seriously.

And yeah, I'm not so great with the battle system, either. At least it's not just mashing one button, though, very cool. lol.

I like all the extra shit the game offers. I don't think I'll do a NG+ for a while, tho, unless they have DLC where you can DL the Japanese VOs.

I'm on the future arc now.

The battle system is great, though.

Yep finished it to. xD that sucks. o.o

Havent got any rpg games except for hyper dimension

U checked with nisamerica.com? O.o
All Comments