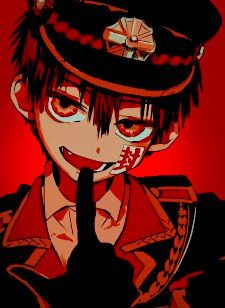 Missaliensan Apr 3, 1:28 PM
It´s pretty good.The characters do yell out each other´s names a lot though,that much I´ve noticed lol.I guess I´ve got to get used to that.

Missaliensan Apr 3, 1:05 PM
I´ve been watching Inuyasha and I love this ost.It´s so epic,I´ve been listening to it on repeat.

FuMomo-kun Mar 24, 10:50 PM
Oh yeah, we do have a lot of favourites in common! I also wanted to add Ganbare Nakamura to my favourites, but apparently you can't have more than 10 favourites. lol.

and yep i love toradora for a romance anime! then ofc i love given too. i really love indie rock music so given is soo my taste and the art is gorgeous and you feel for the characters.

i think you've seen the rest of romance anime that i really like. im usually into more cute and bloody anime, haha.

i saw your forum comment about how there's great shounen ai anime out there, but people see that tag and turn away. i agree that it sucks when people who enjoy slice of life or romance refuse to watch great shows just because the main couple is lgbt. i really enjoyed given, but im not sure who i can recommend it to despite most of my friends liking slice of life/romance.

but anyway, i'm glad to find someone who can understand! what are your favorite romance anime?

Seiya Mar 20, 2:09 PM
Well, there's less than 7000 people in my town. I joined Grindr a year ago, but deleted my account a few weeks later, because everybody on it had a beard.

I'm only attracted to guys with bangs/a fringe, and nobody seems to wear their hair like that anymore, unfortunately. If someone slicks their hair back, exposing their forehead, I get grossed out. What am I supposed to do? I can't lower my standards. :(

It just gets a bit depressing for me when every gay/bi guy I meet likes masc guys, and I don't. It's like they're all part of some club that I'm not welcome in. I live in a small, rural area, full of dumb, manly blue-collar tradespeople, who all shave their heads, and drive around through trails on ATVs, and I hate it.

Being a single virgin in my early 30s is beginning to bother me a lot. :(

and yep i saw you had howl's moving castle in your favourites and i knew you were someone of good taste hahaha that's why i sent the request :) i'm just super super attached to that film, i think howl is such a wacky yet interesting character, and the film has such beautiful art! and my neighbour totoro is just the cutest most adorable film ever, i love it

bareback Mar 17, 6:35 PM
I missed that opportunity and at some point I just stopped paying attention to the number of anime I watched because of how fast it was growing. Like, at some point in my life I used to watch one anime per day. Basically 12-13 episodes per day. A combination of having a lot of free time and a difficult time in your life does that to you. I haven't watched anime in so long now though, what's kind of sad.
Inuyasha is one of my favourite anime. Was part of my childhood, loved rewatching it later on and the final act was just a straight 10. There's so much I could say, but I don't wanna turn this reply into an essay, lol. Story, music, characters, plot AND the nostalgia is real. Also ... in regards to the movie, I'm lowkey same with the manga of the anime I love. I don't wanna read certain manga because I don't wanna be like "done" entirely with a franchise, if that makes sense.
I'm rewatching Fairy Tail atm. It just happened out of nowhere, because I watched a few reaction videos on Youtube. Moreso because of nostalgia + I never watched the final season. It came out in 2018 when I lost interest in watching anime. So, might get to it sometimes soon.