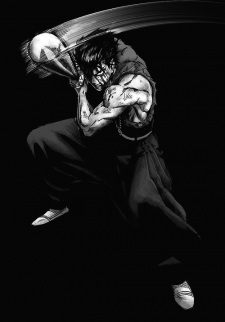 How have you been since we last talked?

FireHeart Feb 18, 2019 12:53 AM
I remember that I "tried" playing some games on their site but I never really had the chance to do that a lot back in the day. The PC that we had in the house was mostly used for work and my dad had removed the dial-up internet that we had after having to pay a ridiculous amount of money once. Internet was insanely expensive back then...and now we probably have the cheapest and one of the fastest in Europe xD

I don't miss playing League xD I was raging like crazy before I quit. I was getting upset over my teammates with each tier that I climbed (I'm getting Plat I flashbacks right now). The fact that my main role was bad (top lane) at the time also didn't help.

FireHeart Feb 5, 2019 12:04 AM
Ehhh :( The good old days...
I learned to speak English because of Cartoon Network when I was a kid xD I was watching that channel during the whole day...Ed Edd n Eddy, Samurai Jack, Courage the Cowardly Dog, Powerpuff Girls, Dexter, The Grim Adventures of Billy and Mandy, The Kids Next Door, etc.

I heard that the meta is very stale right now, with lots of busted stuff like always.
Overwatch League has my two favorite casters - Monte and DoA. I was pretty sad when they stopped casting LoL events.

A little bit two years ago and lost interest. I still like the fanart tho xD Especially that of D.Va, Mei, Tracer and Mercy :D

I haven't watched a Disney movie in years after I saw what happened with Pirates of the Caribbean and the newest Star Wars trilogy, let alone play a game related to them xD
The Resident Evil 2 remake on the other hand...I love it from what I've seen.
It's funny how a lot of classic games have been getting remakes over the past 2 years. It feels like a lot of developers have run out of ideas and go with a safe option instead of taking the risk of making a new game.

FireHeart Jan 25, 2019 3:26 AM
I've seen some trailers and I agree that the gameplay looked very good. We'll see when I get to playing it someday XD

FireHeart Jan 22, 2019 3:38 AM
OH! God of War is a classic! Did you finish the first one or the newest one from last year? I still haven't played the newest one but I heard that it was lit. I got bored of Spiderman a long time ago so I haven't checked out the newer games :D
As for Red Dead Redemption 2, I tried it out at a friend and loved it. The only downside is that it feels like the game is playing itself xD

FireHeart Jan 22, 2019 12:49 AM
No, not really :D I've mostly been logging in for an hour in Warframe these days and playing some classics like Dark Souls I/III.
The "new" games that I'm currently looking forward to haven't come out yet - Warcraft III Remastered and WoW: Classic.
What about you? :)

Are you perhaps trying to hype me up to watch it? xD

Read Vagabond and Lone Wolf & Cub already :D Those are probably the best samurai manga every made.

FireHeart Jan 20, 2019 2:37 AM
I see xD Must have been pretty awesome watching her live. Those types of concerts are always quite the experience from what I've seen from videos :D And about losing interest, you're probably right ^_^

Eeeh...I've also seen the first two movies of Rurouni Kenshin :D They were good but not very realistic like you said.
I still haven't watched the live action adaptation of Blade of the Immortal yet xD But I loved the anime movie.
I see xD I dunno about myself. Living in old Japan used to be hell for a lot of the common people from what I've read and heard. The samurai had the right to cut your head off for not bowing low enough when the pass by you.

FireHeart Jan 19, 2019 12:47 AM
I found them by tracing the artists of the POP/STARS song that League of Legends (Riot Games) released last year. They didn't have a lot of songs but the ones they had were pretty good :)
I've listened to some of her singles (I really liked "Fine") ^_^ I like her as well.
As for Exo, I haven't listened to them since I don't fancy boy bands that much xD I know that BTS are very popular.

Really? Meh, I don't mind it that much xD The best thing about reading the manga first is that you already know what the story is about. If it's good, you can enjoy watching it animated without any worries (and get TILTED TO OBLIVION if the adaptation is SHIT) ^_^

I love old Japan as well. I used to be a pretty big fan of old samurai Japanese films even before I started watching anime - Seven Samurai, Rashomon, Lone Wolf and Cub, etc. (and of course, the Shogun series)
Oh! Thanks for the recommendation! I will be keeping an eye out for that series since it seems interesting as well :)

FireHeart Jan 18, 2019 10:52 AM
I don't have a specific preference when it comes to music xD I mostly listen to lo fi or jazz tracks when I want to relax but I also like old school hip hop, rock (on some occasions metal) and...kpop ^_^ I've been in love with BLACKPINK and GIDLE lately.

Haha, don't force yourself if you can't get in the mood for it ^_^

Is it really a lot? ^_^ People keep saying that to me these days and here I am thinking that it's nothing :D
I haven't read the manga of The Promised Neverland so I can't really say anything yet xD I hope that it will be good and popular enough to guarantee the making of a second season.
I'm actually pretty excited for Dororo since I heard that MAPPA have invested a lot of time and resources to make this anime. And it's pretty noticeable when I'm watching it.

Yep. The manga had a very wholesome ending. You should definitely check it out!
From the others that I mentioned...Dengeki Daisy is probably the only one that is a must read :D Be sure to check out that some time as well.

It's the best app out there and you can install additional extensions that allow you to read from a lot of different places (like mangadex for example). But like I mentioned, you need to manually download the .apk from their GitHub since they haven't put it on Google Play.

Of course :) I'm watching Dororo, Doukyonin wa Hiza, 5-toubun no Hanayome, Kaguya-sama, Kakegurui S2, Mob Psycho 100 S2, Tate no Yuusha no Nariagari and The Promised Neverland. What about you? :D
All Comments