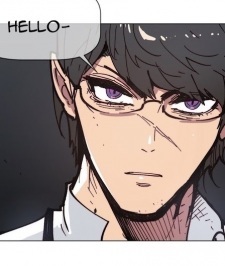 purplebird Sep 20, 4:03 PM
Ohhh, I just remembered your birthday. A bit late!
But happy belated birthday, truth :) Hope you had a nice one!
Oh, also, I am karineyn.

LUIFONI Aug 28, 7:50 AM
HxH is one of the many overrated shounen anime out there and I can summarize my review with one sentence: „If you became kinda interested in HxH, because you have heard it’s so much more than just a shounen, don’t believe it, because it is exactly that, just another shounen." Now I’m not a fan of shounen, and if you read this review you will find out why, so this anime is not made for me, but just for more diversity in views I will analyze this anime a bit closer.

HxH is one of those anime where you can literally see the quality dropping, with the earlier episodes being made nicely and at the end it has one of the longest pacings I have ever seen. Since the artstlye isn’t in any form detailed and costly they can’t tell me they ran out of money. I assume they just wanted to milk the cashcow to the end and stretch manga material of 20 episodes(in relation to the beginning) to around 60.
Like I said before the start of the show was quite nice. It had a few things which didn’t really make any sense, especially the riddles, but it had a nice build up and a good pacing. It seemed to me as if the start also really wanted to surprise the viewers with something unexpected, regardless of how illogical it was. It also didn’t do much good in terms of atmosphere, in some cases it even destroys the atmosphere it built up just for surprise reasons. The main characters are also unexplained overpowered, sure there are a few stronger but that alone doesn’t justify a little kid being physically stronger than a well-trained grown up man, just because he “grew up in the woods”, which is btw contradicted later on. But besides a few negative things to say, the start (first 17-20 episodes maybe) was ok. It had a goal and set motivation from the character side, the main story kinda made sense (more than the rest of the show) and they had some kind of, what the fans claim as “tactics in fighting”.

In the second arc the terror already begins. Motivations from the character were completely forgotten and not even mentioned in order to have a little conflict for the goal of this arc. The reason for the first arc and what they have achieved was completely pointless and even contradictory as explained in the later arcs. The following arcs shine with, not knowing what to call somethings. For the show an assassin is someone who is physically strong and can endure much pain instead of being stealthy and deadly, the so called “mafia” is a bunch of unorganized idiots who apparently have a lot of power (they at least have a lot of money) which is contradictory in every way and let me question the whole world building of this anime and we still don't know what a Hunter is and does. The writers have no idea of how money works, which wouldn’t be a problem if they hadn’t dedicated a whole arc just for money getting purposes, which later on is also completely useless. Not to forget the story is full of convenience, which goes beyond the acceptable amount. Some of the arcs are complete filler since they either are pointless or have nothing to do with the final goal (the motivation of the main protagonist). There is even one arc were the main protagonist is inside a video game and literally the first thing he hears there is that being here is completely pointless, but he doesn’t care and goes on anyway, which makes the whole arc pointless and questions the existence of the build up to it.

This show becomes less endurable from arc to arc, with the mafia arc being an exception but still not good. It’s like comparing a pile of shit with a pile of shit which has a cherry on top of it. Seeing the later arcs lets you remember the earlier ones as if they were in any way good, that’s how horrible this show gets.

HunterxHunter also likes to copy or inlcude everything that was or is popular it seems. That goes from character design (Robocop) even to whole story arcs (the video card game arc which included cardgames like magic the gathering).

A thing that really bothers me as well is the fact that this show has no scale what so ever. The abilities and the strength of every character are so completely random and out of order. It even shifts during the whole anime, making character who should be strong considering their rank utterly weak and character who should be weak unnecessary strong. Its like as if one writer wrote the hierarchy of all the characters and their relationship and then another decided, because how much he liked their appearance how strong they are.

All of the above was pretty much the first half of the show. The show was like I said very bad but had at least some arcs which were watchable and had a decent pacing. From episode 80 onwards the chimera arc takes place. This is basically the main difference between the original version of the HunterxHunter anime and the 2011 version.

The chimera arc is the worst thing I have seen in a long time in terms of writing. You can’t take anything they say and do seriously, since the character design is so freaking retarded. They say they are ants but then a penguin and a pink panda in a suit is sitting there with them. NONE of the so called Ant-villains looks even remotely like an ant. The writers wanted to make this arc dark and mature but only showed how childish their writing is. Wow, characters are dying more often now, but that’s about it with all the change they made. As if character dying = mature and dark. This is the most naïve way of seeing it, but it fits a shounen.

In this arc HxH really shows how little time they spend with thinking through the whole thing. Where villains came from and what their motivation is was never a thing HunterXHunter spends any time in but in this case it makes absolutely no sense that some ant-people who just came into existence are able to be as strong as one of the strongest person in the whole anime. So again.. no scale existend. And with no time spend with motivation and personification the writers now believe they can put drama in the show when the villains die. Are you freaking kidding me? Yeah the ants just killed hundreds if not thousands of people and now I should feel sorry for them? The drama in this whole anime is the worst sort of melodrama, forced and reliable so much on double standarts.

In the last arc the tactics really shine, in terms of sucking. In the last 50 episodes there is only one fight anyways, so there is not much to talk about, but the tactics there is so utterly idiotic. There is so much bullshit that happened during this arc, there was not 1 episode where I wasn’t facepalming.
But all of the above would have been minor points if it wasn’t for how boring this whole arc was. The reason I criticize their “tactics” is only because they spend so much time with talking and every fan thinks the tactics are so great. 90% of the time they talk about irrelevant stuff and when it comes to real tactics they are utterly bullshit, convenient or deus ex machina.

Characters of this show are not in any terms special. Have you seen either Naruto, One Piece, Bleach you know the personality of the main character. Add a bunch of extra typical side characters and you got them all. It’s just the typical teenager character who is strong enough to change the world stuff. In HunterXHunter they at least didnt go full overpowered with the main character, but considering the age of the protagonist and the enemies he is fighting later on I would say its pretty unrealistic. He is a very wish-fulfilling character and not that much of a role model. I think there is nothing really wrong with this wish-fulfilling kind of anime, but they are really nothing for people older than their demographic (in mind of course). So saying this is more than a shounen is really wrong.


Music is also pretty bad. All the good songs were copies of famous classical songs, such as Lacrimosa from Mozart’s Requiem, the rest is rather forgettable boring background music. Artstyle is simple and character design in the WHOLE show is the worst I have ever seen, but that’s ofc only my opinion. I found it to be nice to see no cgi, if I remember correctly.


So overall: This show is not more than a shounen and I might add the worst written shonen I have ever seen, but I am not into that genre so I only saw a few of them. If you are a person who likes more mature stuff and think there is something behind this anime, otherwise it wouldn’t be so popular, don’t fall for the trap and stay away from it. At the end you will just regret it.

izumaa Sep 18, 2019 3:12 PM
That's fine, don't sweat it.
I don't celebrate them either, but just happened to notice.
Hope you have a decent day nonetheless though, another year closer to death.

PantsuSenseiUwU Jul 10, 2019 1:01 PM
mad respect for him for that role, honestly mad jealous now cause that man kills the dance game
waking up in the morning with a story to tell?
luda gets life