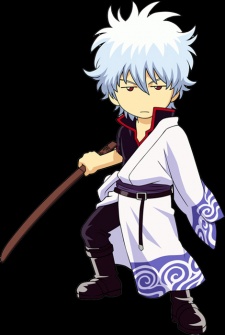 S-Lumiere Jan 1, 2017 3:43 AM
Well, that's nice. Keep it up, mate. :)
Oh, it's the first time in a pretty long while someone on MAL has asked me about my country. :D Thank you. It's sort of cold but the weather has drastically changed over the past few years, I reckon. When I was a kid, my friends used to often fail to come around for my birthday party in February because the temperature was tremendously low - about minus 30-32 degrees Centigrade. As for now, it's quite a rare occasion. An average winter is about minus 15-20 degrees. A funny thing is that months seem to swap places - October is gone, it's half September and then suddenly half November. November is as cold as December but then December gets very warm, almost up to 0 degrees. So we have winter in November but autumn again around a New Year's Eve. Overall it's fairly warm now - only minus 2 degrees instead of a usual minus 20. Something outrageous is going on actually. As a result, a lot of people are on the streets walking, celebrating, setting off fireworks, having fun and wishing Happy New Year to strangers. Unlike me who's shut down at home because of a cold. Due to high temperatures, viruses nowadays are all alive in the air and more people tend to fall ill. When it's cold, nobody's ill because viruses can't stand dry air, but when it's warm, the air is moist and the infection spreads rapidly. :D
How are you personally? What's it like in Pakistan these days? :3 As far as I remember, Karachi's on the coast of the Indian ocean. So you must be spending your New Year on the beach swimming and having fun. Or do you follow the Islamic calendar and celebrate New Year on a different date and in a more traditional manner? :)

ShiraKiryuu Nov 19, 2016 3:15 AM
I've checked the summary and it looks interesting. Although I haven't read manhwa yet so it might feel different.

ShiraKiryuu Nov 15, 2016 4:56 AM
Can you recommend some manga? I've been looking for interesting ones but I don't know where to start. I have read a lot but maybe there are still good manga out there I haven't read yet :D