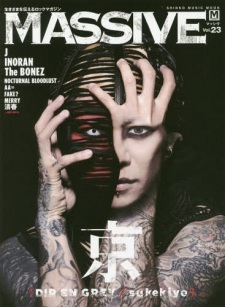 Negomires Mar 1, 9:38 AM
if u ever come back can u tell me where did u find all full translation of Minumum manga thanks

BannedAkko Jan 3, 12:04 AM
So now you want to get personal? Look buddy, I was messing around at the start of your uncle thread with the hentai mc thing. Then I started trying to actually help you. But you know what? Fuck it. You know what I really think? You are just mad that you can’t get a girl yourself. You wanna ruin your family just because your uncle gets pussy and you don’t. You actually want to blackmail him? I hope he knocks you the fuck out. Listen, I don’t think you are capable of ever being a real man. I think you should consider transitioning so maybe you can be attractive to men like myself who might actually fuck you and let you suck our dick.

How many times have you jerked off to the video you recorded of your uncle kissing his wife’s sister? You are pathetic. Man the fuck up! Or be a bitch. At least if you are going to be a bitch you might get some action.

Shineee_ Apr 17, 2018 10:27 PM
I guess we're the same lol. I usually celebrate with my family only. I'm not those who invites their friends. Actually, I just started hanging out with my friends recently. I usually decline when they invite me. They used to call me KJ or "killjoy" because of that.

I haven't finished one Home Alone movie XD but I take it you are very close in your family. That's quite the opposite for me so I do feel lonely at times but luckily, I have few close friends.

Yes, still pretty busy even after a week after. After graduating, I still have a lot of stuff to deal with (college requirements) so there's no time to celebrate (even now). I just got together with my friends and eat XD We don't really celebrate so it's nothing really.

What do you do for celebrations anw? Party?

Shineee_ Apr 17, 2018 6:21 AM
lol, I was about to believe you there. I know what you mean though. There was a time where I played around with my profile just 'cause I can't get in the mood to read/watch XD

NG_desu Apr 12, 2018 12:35 PM
Yo, found another gem that truly became my favorite ~ Taishou Otome Otogibanashi
Read it when you're free 😉
Also, Kotonoha no niwa has been scanlated so you can read/download it before it's removed.

You could also check out Kyo's side project band Sukekiyo and his work from previous band, La Sadie, they're songs are probably too poppish in comparison with current sound of Diru though, if you're mainly into the late works of the hand. I've read The Gazatte's major influence was Dir en Grey and that their older works can remind you of Diru but they eventually developed their own sound. It might be a good idea to look for bands that list Diru as major influence in their sound like Rentrer en Soi(although they disbanded), the vocalist of the band was coached by Kyo if I'm not mistaken. I've been a big fan of Girugamesh btw, but I fell off from Jrock for quite some time. But I do recommend their old works if you're into Jrock.

NG_desu Apr 11, 2018 10:20 AM
The manga discussion page has Spoiler about the side pairing but I didn't find any concrete hint about the main pair.
Somebody said it would have been better to kill the ml, and then I became a bit suspicious so confirmed with you😅