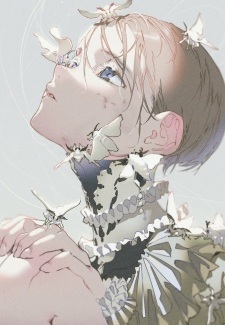 Hi there is a lot that i love about animation and especially in my favorites what i liked the most i think is the uniqueness of the anime.

And that they all made me feel something very strong

Thorf May 23, 2020 7:23 PM
Ah yeah I get what you mean by "too k-drama"... I think I've just been hitting the jackpot by watching unique dramas. My favourites have got to be: Strangers from Hell, Extracurricular and Itaewon Class. I'll check out love alarm.

Hmm.. well first of all it depends on which you want to go for: the anime or the manga. The anime has certainly aged in many ways but as long as you like the concept then it'll be fine until half way through season 2 which is entirely filler. The movie however is a standalone film that adapts an arc much later in the manga and can be seen without having any prior knowledge of the series. Incredible movie in my opinion and you can't go wrong with it. The manga however, is absolutely incredible. I'll just start by saying that the concept of Gantz itself has one of the best concepts in all of manga. It has so much that could happen with it. Secondly, if you like manga where characters slowly grow and develop as people as the story goes by then Gantz has got to be one of the best at it... at least for the few that survive long enough. I need to mention that it is extremely violent and in some cases disturbing so if you're not into that I'd say stay away from the manga. I could go on for much longer but it's 3 am and I need sleep.

Thorf May 23, 2020 10:51 AM
I only recently got into them so I only really know the popular ones. Some of these are genuinely great, Netflix definitely make the best ones lol.

storysplinters May 23, 2020 4:41 AM
Hey, nice to meet you! It's really refreshing to see Natsume at the top of your favorites. I'm only halfway through the show and wouldn't give it a score that high but I really enjoy the anime, it's so magical and relaxing, love to watch it right before going to bed