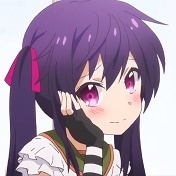 I finally managed to get a copy of the Anthology, will let you know my thoughts. Usually I find it only needs 1 or 2 stories to make the whole anthology worth while.

Keep me updated on any good quality Yuri you find! ^^

vade_strange Aug 10, 2020 6:13 PM
oh gosh, the amount of shounen that exists is PAINFUL and how they get multiple seasons when GOOD shows deserve a second season is so damn frustrating, and it seems like that is inescapable in the anime community. it SUCKS.

oh MAN, f/f and wlw content floats my boat more than ANYTHING else, and i'll have to check out that anthology! it sounds GREAT man

vade_strange Jul 21, 2020 8:18 PM
hi! i agree with you wholeheartedly on the things that you love, i am DESPERATE for more adult female characters in anime that are well-written.

Armadillidiidae Jan 13, 2018 5:07 PM
Uhhhh I think it was large amount of sexual parts abt Prushka, the part where her n Riko were discussing genitalia, and then abruptly killing her off, coupled with (imo) general bad pacing of the arc. Plus by that point, the weird sexual aspects had built up to a point where it was bordering on a fetish work. I actually carried on reading out of spite, and the last 3 chapters have contributed so little to the plot, and yet so much to putting Riko and Reg in uncomfortable situations, to the point where I can no longer see it as being anything but a vessel for the authors gross agendas.

It's a shame rlly, most modern fantasy anime doesn't have this level of worldbuilding, and Made In Abyss wasted it. :- T

mistressmittens Sep 4, 2017 5:04 PM
You've explained your points as to why you've dropped the show along with your overall thoughts and opinions very well. It might be best to stop there, as you thought it would be, because the rest isn't really going to give you THAT much of a big impact, I predict. In summary, it's more or less the same thing going on.

MareepYay Aug 23, 2017 12:09 PM
A shame that you didn't find anymore interest in continuing the series. But regardless, your review was helpful, understandable, and very fair. Helps a person to choose with their own mindset overall whether to watch it or not if interested, and not just based on what the reviewer felt like s/he did.
All Comments