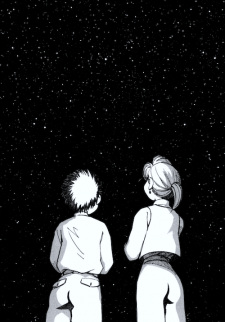 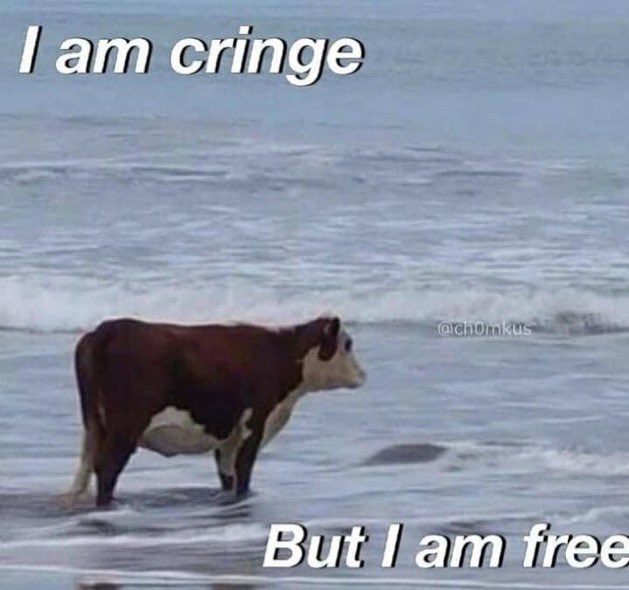 Here on the internet I go by Ferre (short for Combeferre), a bit character from Victor Hugo's 1862 classic Les Misérables. He's a nerd, I'm a nerd, I've been into les mis since I was like 13, it just kind of happened. When not watching anime, I like to read fantasy novels, draw, and play indie games. Supergiant is the best studio, you can't change my mind. I also know a large, incredibly useless amount about Classical history/Latin and art. In TKRB/TWST/EnStars (en servers) hell. I wrote entirely too many elf gifts for Secret Santa last year, and I'll do it again 🔪


Yes, I rate things highly, no, I don't wanna talk about it. 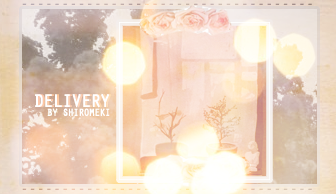 If I made a mistake or if there is a problem, please PM me. Please let me know if you want the colors changed as well. I will try my best.

Thank you for requesting

Your basement sounds like a scary place. Why on earth would you ever build a house on an old spring, especially in a region famed for its precipitation?!

Flagatio...now you've got me wondering whether or not that word is related to words like flag, flagellum, and flagellation. I'll let you spoil that for me, but it makes sense in a way. Not sure how that would turn into waving something though...

Nero makes me wonder how many of the people in history that we label as crazy could have been cured with modern medicine. Maybe he was just a bit bipolar, and was abused by his mother as a child. It's funny that the word for the left hand always has negative connotations. Gauche, sinister, etc. vs. dexterous. It's funny to see how the superstitions end up embedded in language long after the superstitions have died away.

I probably had lots of chances to not be a big nerd, but I always seemed to choose the nerdy road. Learning new things is just so much fun! I always feel a little sad when people seem to think that learning things isn't fun, though really sometimes that just means that they like learning things other than the things that they are learning. I know that I'd find learning a bunch of minutia about celebrities would be enervating, but some people really seem to get a thrill out of that.

Your cool disease fact for the day is that Aftrican trypanosomiasis is capable of changing it's surface antigens! That's why it's so deadly. Your body spends a few weeks training antibodies to go beat it up, and then it shifts the antigens on its surface, so your body has to go through the process all over again. Meanwhile, it's busy eating your cell's lunch and having a bunch of children that also want your lunch, until eventually it goes and hangs out in your brain and you just go to sleep and stop waking up. It's still a big problem today because even with modern medicine, it's really hard to kill since it is a eukaryotic parasite. That means that most of the drugs that would kill the trypanosome would also kill your own cells, so you have a much smaller target set than when you're trying to kill a bacterium.

gaussian_ Feb 27, 3:03 PM
Your basement sounds nice to me...I like creepy places. If it's damp though, then I wouldn't like it. A donut fort seems apt, but I thought that when you built two circles of forts that was called contravallation and circumvallation. Is it also called double circumvallation since they are counting the wall of the city to which Julius Caesar is laying siege? How long did you spend in France? It seems like you had time to see a lot of exciting things!

Well, if there are any particular categories of science facts you want, feel free to let me know! I'll either know it or you'll send me on a fund Wikipedia or textbook scavenger hunt. Today's sort of fun, but sad facts, are about tuberculosis. Being a weird kid, I loved learning about diseases. Sometime between ages 5-7 I decided that reading the family medical book was fun, so I learned a lot of things about different illnesses. I particularly loved infectious diseases, so I would check out books from the library about them. One book had a chapter about tuberculosis, where I learned that the Greek (I think, it may have been named in Greek long after the Hellenistic period, since Greek was the language of medicine) name for the disease was pthisis, which referred to the waning of the moon. What a pretty name for a terrible disease (tuberculosis is one of the oldest recorded diseases, since they found evidence of it in the bodies of some of the Pharaohs). Tuberculosis is so effective at killing us because it sabotages our immune system. When the bacteria enter your lungs, your macrophages dutifully eat them, but the bacteria live happily in the macrophages instead of dying. They sit their somewhat peacefully until the host weakens, then they start reproducing like crazy and take over the lungs (normally, though the disease can affect lots of places.) Traditionally, coughing blood was the sign that you were approaching death from tuberculosis, since that indicated that the infection had eroded an artery or vein in the lungs. It's probably also responsible for the continued notion that living in the country is healthier, since it was the longest lasting city disease, not being fixed by the advent of modern sanitation (unlike cholera and typhoid fever.) Too bad germs like it when we live together in close quarters just as much as humans seem to like it.

gaussian_ Feb 25, 4:10 PM
Oh, I thought you knew I was a science teacher. I teach chemistry and physics. Now the funny thing about your cat is that cats can't taste sweetness. Since they are carnivores and get their calories from proteins, they lost that trait somewhere in the process of evolution. That's pretty common for carnivores, but not quite universal (dogs can still taste sweet). Still, having lead paint in your house is a little unpleasant. Please resist the urge to go lick the walls (I know I'd want to just to empirically confirm that the lead paint really did taste sweet). Those essays in The Brick really are quite something. It makes the book a pretty unique mixture of fiction and nonfiction!

I wonder if the Romans also carved insults on their pila, but those have just been lost since wood isn't exactly a long lasting material. Poor Fulvia. Not only did she lose the war, but her name has managed to completely go out of fashion! Too bad he was probably off romancing some other woman...

Today's fun science fact is that babies can't actually heat themselves by shivering. They lack muscle, so instead they can alter the porosity of their cell membranes. This then makes their cells ion pumps work harder, and that is how they generate more heat. Babies also have better hemoglobin than adults, which is why they are able to suck oxygen out of their mother's blood into their own while they are in the womb. It's so weird that hemoglobin sort of had to evolve twice in order to make live birth possible!

gaussian_ Feb 24, 6:35 PM
Wow, Sulla sounds like he'd fit right in today's political world. At least he retired peacefully, a lesson some humans could learn, were they they type of person capable of learning. Those Victor Hugo facts are pretty fun, though I was a little surprised about the last fact. In retrospect, that makes it a little more clear why he was so willing to write characters who were prostitutes yet weren't 100% defined by that aspect of their identity. Also, did you get to visit the sewers when you were in Paris?

Speaking of Roman names for metals, here are your fun facts about lead (plumbum). Lead Acetate is a weird lead compound, since it happens to be sweet, like sugar! That's especially weird, since the acetate ion is the same that shows up in vinegar as acetic acid, but when you pair it with a debonair guy like lead, it just becomes sweet. Since it is sweet, the Romans would use it in confectionery, which probably wasn't very good for their health. Unlucky for children, it's also a nice white color, so it was commonly used in paint. Kids who found the paint chipping stuck it in their mouths, as children are wont to do, and discovered that the paint was nice and sweet, so they continued to eat it and gave themselves lead poisoning. So that's why you don't want lead paint - it's killer candy for kids! Leave the plumbing in the pipes...oh wait, it's also bad there. Let's just agree to lead the way to a lead-free future.

gaussian_ Feb 24, 4:10 PM
Wow, I've never written anything here! I intend to rectify that by writing things here. Now I have to think about what kind of things I want to write...so in the meantime, I'll just write about ferritin, since your name reminded me of it. It's a nice protein in your blood that carries iron around, mainly because iron is pretty dangerous if you leave it alone. It likes to go bully things and steal their electrons. If you don't have enough ferritin, you probably need to eat more iron! Eat a spinach or a meat or something (or eat fortified cereal, where they often literally put iron metal that will just dissolve in your stomach and get absorbed.) Well, there's your fun fact of the day. Respond with something fun about the Roman Republic (or whatever you want to talk about).

Also, have you ever accidentally combined Victor Hugo and Vincent van Gogh to make Victor van Gogh? Brains are silly sometimes. Maybe then van Gogh would have had a purple period instead.

CTcommander Feb 3, 5:29 AM
Hey ferrepls. Sorry I'm very late to talk with you. You were my Santa that recommended me Wolf's rain. I am happy to tell you that I have finished watching the whole thing and enjoyed it, especially last 4 episodes. Sorry it took so long to complete it. Got stuffs coming up that wouldn't allow me to get a long sitting. Anyway, thanks again for this recommendation.

Have a good long year and forever. :)

Topstradamus Jan 7, 11:14 AM
Thanks for the recommendation :)

yukyuuu Jan 7, 2:42 AM
Okay, I thought it was just me being dumb :") But if that's the case then I'm sold and wanna start MDZS. RIP all of the uni work, you'll be remembered (ﾉ ´･ ω ･)ﾉ︵ ┻━┻ (jk I need to pass but I'll get more motivated knowing there's a show waiting!)

NatsuneKitsune Jan 7, 12:20 AM
Ayy, I'm happy to see someone also hyped for s2 of Vanitas! I know what happens from the manga but I'm still screaming in my soul to see it moving and in color... AND WITH MUSIC. Ahh my soul-- I just now checked and noticed they updated s2 with a cover and it's beautiful! ♥♥

Vert-Glamis Jan 6, 7:49 PM
I've had quite a few people recommend me Golden Kamuy before and i heard good things about in on twitter while it was airing, so you were the final push to get me to watch it haha. Just binged it all today and i loved it!

Doddy97 Jan 6, 2:28 PM
Hey Ferrepls!
First of all thank you for the recommendation!!
I really haven't had a lot of free time this days to start the series you reccomended, but I'm willing to start it as soon as possible! The series you reccomended really looks promising just looking at the synopsis and cast and I'm sure I'll like it. I'll try to contact you again when I finish it!
Thank you one again for your huge effort and have a happy new year!
All Comments