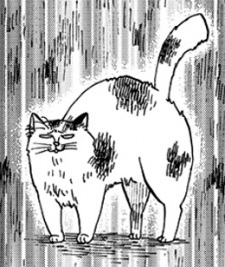 gothgorillas Jun 23, 8:26 PM
Same here! If anything, I did marginally better lol. I think the TA for one of my history classes got tired and just gave everyone an A.

Ayyy!! New york gang for the win. Which area are you from?

gothgorillas Jun 22, 5:36 PM
Lmaoo same here. My family's alright but it's impossible to study/work at home.

gothgorillas Jun 20, 3:51 PM
Ah I'm just a rising junior (graduating spring 2022), but I declared my major early to prepare for study abroad. With the world as it is right now though, it'll be a miracle if I actually get to go abroad next year :=p

gothgorillas Jun 20, 2:01 PM
Hmm that's fair. It's nice that you have a general idea though! Haha as an upperclassmen I've already had to declare my major, so I'm pretty much settled. Switching now would give me such a migraine if i wanted to still graduate on time. Prelaw kids usually have more freedom in what they study, but a lot of people do have an econ background! It's useful to know for most fields of law.

gothgorillas Jun 20, 8:21 AM
Ooo why the switch? I study econ and history! No official pre-law track but i'm aiming for law school.