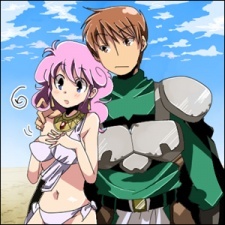 GCNessIsAWeeb Jan 12, 2020 2:09 PM
It was? I don't remember hearing about that. I played it in Japanese before.
And Rance really goes the distance to free her, it's really touching.

Spring_angel301 Dec 2, 2014 6:08 AM
I'm sorry if you felt offended by me deleting your comment, I was planning to delete all of my comments actually, but I decided not to. Gomenasai, "I'm sorry". *bows*

angelsreview Sep 4, 2014 10:58 PM
Don't get my reviews wrong, there are a ton of stuff I like and yet because I review every part of the show, I end up having to give it bad marks. For example, on a personal note, I like Ghost Stories but in a reviewing sense, I could only give it very little. I'm talking English Dub here by the way. I am not good at getting my point across and that's why I write reviews. I'm getting better little by little and really hope you bear with me as I try.

Kuraaiiya Mar 16, 2013 10:36 AM
Another human besides me who does not extremely overrate Cowboy Bebop?
There is hope for humanity

NomenHicInserto Feb 25, 2013 1:00 AM
No, no. It's nothing like that. I just think the idea of angels (with wings and all) is ridiculous. I have read the synopsis of Angel Beats and I wasn't interested, so I'll leave it at that.

Yeah, I was like that with FMA too. I'd watched several episodes of the original and thought it was good. But then I decided to watch Brotherhood first, and I kind of became biased with the original. But picking up from where I last stopped with the series, the series is quite good. I wouldn't say it's as good as Brotherhood, but it is good nonetheless. And there are many aspects to the original I like more than in Brotherhood (or the manga, for the matter). And on a side note, the whole "Homunculus in the Flask" made me tired. It just seemed too far-fetched. Now, I know it's a fantastical story with magic and whatnot, but still, that part and the gateway seemed a little much. Nonetheless, I really enjoyed FMAB.

Well, I took a look at some manhwas on MAL. I heard ToG wasn't on MAL because it wasn't also published in books, but I'm pretty sure there are many webtoons that weren't released in that form too, but still made in on MAL (like Kubera, for example). However, this is mere speculation. What I think, though, is that ToG isn't allowed on MAL (and believe me, many people tried making a page for it) because it doesn't have a Wikipedia page.

Um, Noblesse is ongoing still, yes. But there're already 5 seasons complete of it. So, there are 273 chapters out so far. ToG, on the other hand, is still in its second season. There are currently only ~130 chapters, I think.

Ah. I've heard of Trace. Is it good? I'm also going to give Annarasumanara (Yes, I copied and pasted that long name) a try, since it seems quite interesting. And it's finished too.