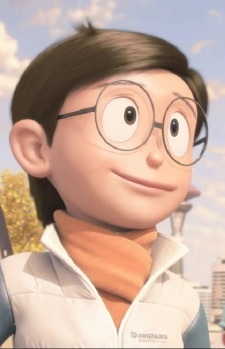 aw hahaha I guess I've been having more time than usual to watch some anime XD
you can always read on how to get points to level up :)

I quite like the film , Maquia: When The Promised Flower Blooms
so maybe you'll like that one too :D

I just finished the Eve no Jikan series and am planning to watch the movie :)
what series are you working through currently?

itskiaraaa May 22, 2020 5:45 AM
Heya!
so sorry for the late reply but I found you by checking out the users option from the community drop down menu at the top of this site :))

di_ana906 Apr 15, 2020 9:08 AM
From this season I'm watching and reacting to Tower Of God and Balance Unlimited. I'm actually surprised that I like Tower Of God, the soundtrack makes it feel like you're watching it at a cinema waaah; Balance Unlimited is already amazing and FUN from its start. The main character (Daisuke) was on trending on twitter around the world right after the 1st episode came out lol

Separately I'm also reacting to Free! Eternal Summer and soon I'm starting Mo Dao Zu Shi.
I totally recommend you Balance Unlimited and even Tower Of God if you feel like watching something for action and cool animation.

di_ana906 Apr 5, 2020 1:11 PM
wow no, that's impossible, I can't look like that when I cry, I have such an ugly crying face uugh
Thank you for supporting Pet, it was an amazing show, it got me addicted <3 I already niss it so much T-T
Thank you for watching my Pet video reaction. I had almost the same crying at episode 6, aaahh it was so emotional, I cried along even when I was editing it, damn feelings.

Kat_ch_an Sep 11, 2019 12:32 AM
Hey! Yes I am currently watching Demon Slayer and I can tell you it is great. It is indeed classical shounen anime but done so well with great animation,story and soundtrack. The manga is your average shounen manga but ufotable made best of it. Anime deserves its hype so you should watch it.
Also the main character is what kinda stands out - he is not agressive,tsundere or anything like that -Tanjirou is basically "kindness" and "see good in everyone" guy even in demons. I won't say anything aynmore in case I spoil something so yeah I definitely recommend you to watch it.

But this isn't the end yet. There's one more we're gonna cry over.

When they had to choose between Erwin and Armin - who will they give the serum to.
OH GOD.

Levi VS Beast Titan coming up next! 2-3 mins of epicness! XD

woahitsai May 19, 2019 7:20 AM
Tomorrow's episode is one of my fave scenes in the manga. When Erwin and the rest of the survey corps charged to Beast Titan ;;
I'm having a mixed feelings about this, too. Hoping it wasn't censored, because in the manga that scene were really gore.
Can't recall where'd Mikasa got that wound? And yes, she was so badass there.


The Baseball arc is here. So excited for Levi VS Beast Titan.
What else can I say? Great job, Isayama and WIT Studio!

woahitsai Mar 14, 2019 11:47 PM
I have a feeling that I will definitely gonna end up rewatching Kaguya-sama: Love Is War too.
That show is very popular in our Facebook Group so I'm curious to watch it.

Maybe it's a bit too much and we're somewhat weird because of it but who cares!
It feels good and satisfying that when finally found some shows that are worth rewatching for! Hahaha 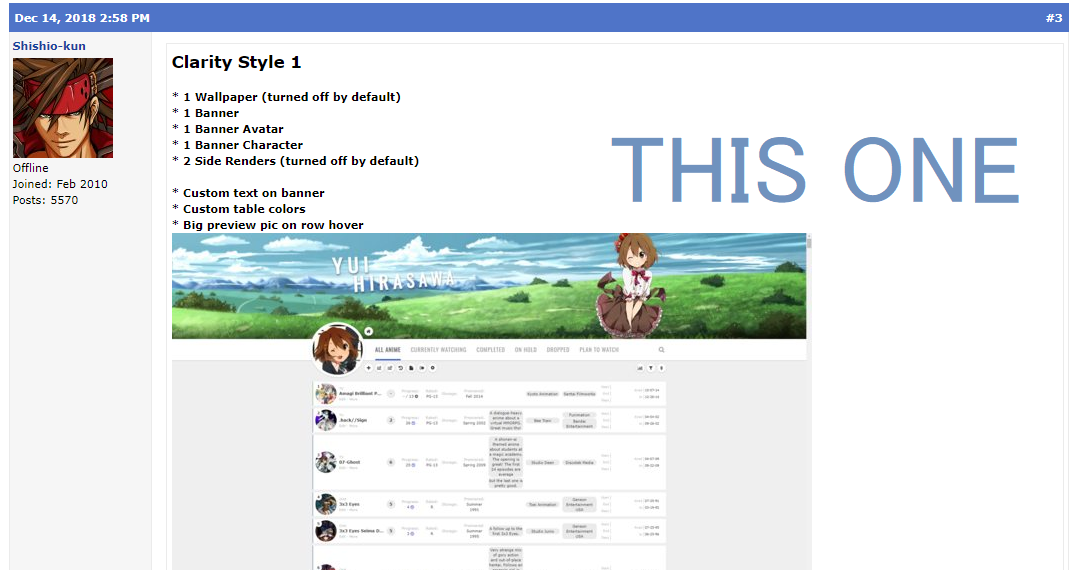 Then look for the second reply, there's the layout I used and there's the instructions how to change the images and animated text on header. It's very easy, I'm just not good in explaining things. ;; hahaha anyway..

Just watched The Rise of Shield Hero and I'm hooked! I rewatched the 9 episodes like 4-5 times already.
I'll try to watch Golden Kamuy too since I've read so much good and positive reviews about it.

Of course I would blame you. Who else would be blamed? Take responsibility. :D
I love confusing. When it gets like that, I just get stuck on the screen. I really hate it when psychological stories get predictable. We are watching it because of mystery, right?

Yep. I got that one too. I just need strength to finish Steins Gate 0 so I can be cool and move on another ones.

DearTooru Feb 10, 2019 10:15 AM
I wish I could watch animes. I am so jealous! I even got Boogiepop wa Warawanai. I just need more time! It was because of your recommendation you will be blamed if I hate it. jk ~
Yeah! I just adored her and now she is not there. It's pretty depressing. Even that AI confuses me!
All Comments