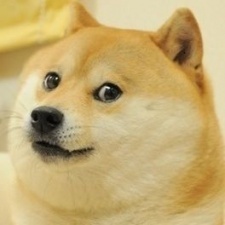 Ren-Amamiya May 2, 2019 11:19 AM
I totally agree with your Jigoku Shoujo review. I watched the first season but i don't think i like this anime enough to watch the others.
It's not a bad anime.. but not a good one either. I won't recommend Jigoku Shoujo to my friends.

teubert2 Aug 10, 2017 8:07 AM
Read your conversation with PianoManGregory (10/10 stalking) about Jigoku Shoujo, and the source material isn't a manga, it's an original anime series. It does have a manga version though, but it ran at the same time as the anime (3rd October vs 5th October) and is not considered to be source material. Or so it says here on MAL anyway.


On a side note...
I want to send my now faulty, double-clicking mouse to hell.

redac_ted Aug 5, 2017 5:50 AM
I would like to apologize for the comments I gave you yesterday. While I believe that the content of them is in accordance with my thoughts, I do wish that I had conducted myself in a kinder, less blunt way, and furthermore I think it was rather silly of me to get this worked up over a 9-year-old anime review. My tendency to become disdainfully angry at people whom I think have acted in an obtuse manner is a personal failing of mine that I hope to fix, I would prefer to be more gracious and aware of my intellectual limits than I currently am. All the best, my friend.

redac_ted Aug 5, 2017 12:07 AM
I appreciate you taking the time to respond to me, but I must have been unclear in my initial message to you because your response has not addressed my concerns. Your opinion is not something that I wish to debate, rather I wished to address the factual inaccuracies present in your review of Jigoku Shoujo (I will also adopt the abbreviation JS). Upon further reflection your review has 2 major factual inaccuracies, and I will clearly delineate them here:

First, in the following passage, you claim JS follows a formulaic episodic structure:

"Basically: A person is abused or wronged by someone else who is unapologetic and is unable to see their own acts as unjustified. The victim seeks a solution and calls upon Ai for help. However, they hesitate when she reveals that they too would be dragged down into hell when they died. In the end though, the victims are driven to the point of desperation by their tormentors and give in. Jigoku shoujo then proceeds to carry out the revenge. Evil person is sent to hell. Former victim is emancipated, but each look at the scar that appears on their chest as a reminder of what will happen to them when they die.

There. Shoot me. I just spoiled at least 20 episodes for you."

While on one hand this is debatably an incomplete analysis of the show's structure, more importantly the structure you outline cannot be reasonably applied to "at least 20 episodes". I already detailed in my original message that 4 episodes do not even roughly fit this mold, and from episode 14 onwards the story of each episode becomes more about the Shibatas and less about each episode's characters so your proposed structure becomes completely inapplicable.

I do respect that you admitted to skipping 15 episodes, but then that brings me to a second problem with your review that I did not notice until revisting it recently- You have only watched 11 episodes of JS, but you have marked yourself as having watched all 26. I do not know the exact workings of MyAnimeList, but as far as I can tell anime reviews are given extra attention by the site's algorithms when the reviewer claims to have watched the entire show.

As is, your review is inaccurate. I suggest you edit it in order to remove the inaccuracy- first I would recommend amending your MAL Anime List to reflect the fact that you have only watched 11 episode of JS, and then I would recommend heavily editing the passage I quoted above in order to, at the very least, clearly show that your assumption of this structure was not correct but came from the similarities you found in the first 4 episodes.

Despite what I admit is a rather blunt critique of your work that I have given here, I nonetheless respect you. You not only have committed your time to articulating your opinions in the best way you can, but you also gave an extensive reply to a stranger giving an unsolicited opinion on your 9-year-old writing. You are obviously a very cool person, I wish you all the best.

redac_ted Aug 2, 2017 3:03 AM
I am sure that you are bored to death with people discussing your most popular review on this site, but if you do not mind sparing the time, I would like to alert you to some inaccuracies in your review of Jigoku Shoujo. I am only halfway through the show currently, but it is already clear to me that this anime does not take the heavily-formulaic form that you claim it does- while it is true that most episodes so far have focused on one person summoning Enma Ai and then making a contract, Episodes 7, 10, 12 and 13 so far have all strayed from the regular episode structure that you outline in your review. Episode 7 is the first deviation- the main character of the episode summons Ai, but before she decides to make a contract another person sends her to hell because she herself is a despicable person. In Episode 10, the main character is physically forced by her friend into making a contract. Episode 12 is a tragic take on the formula where neither the main character nor the target of her contract are portrayed as particularly bad people, and the way things resolve is heartbreaking. Episode 13 is the first completely formula-shattering episode because the main character isn't even someone who has summoned Ai, and no contract is even formed during the episode.

Mind you, I have only watched up until Episode 13 so far, so it may very well be that the show continues to break formula and create more differently-formulated episodes, I do not know. Your decision to skip Episodes 5-19 has given you and everyone who trusts your review an extremely-incorrect impression of Jigoku Shoujo, and this is especially harmful because your review is the second-most highly-rated review for that anime. I do not begrudge you your personal taste, but I do hope you will consider amending your review to correct your factually-inaccurate appraisal of the episodic nature of the show.

Thanks for accepting my friend request! :D

MohitVermillion Jun 12, 2016 10:16 PM
Hey, thanks for your review of Jigoku Shoujo! I had the same feeling about the episodic style so I just skipped all of that like you did, saving a lot of time in the process.

MissKansas Mar 26, 2015 7:01 PM
I completely agree with that Hell Girl review! Just not my kind of anime, good job. Much wow. Very talent.

TemplarXIII Jan 7, 2010 1:09 AM
Oh, it's cool then. I always had an interest into their history. Not the mythos or legends, but who they were as knightly monks. Usually, when you see a game incorporating the idea of "templar," the group using the name in the game is usually bad-ass haha.

TemplarXIII Jan 6, 2010 4:39 PM
"Templar" from some video game or novel reference, or the actual historical Ordo Templi Salamonis?
All Comments