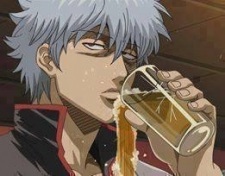 samiki Mar 23, 2018 5:12 PM
Please spoil It! I need closure. The anime ending left me crushed. The rest of the LN didn't really answer the questions. But maybe the sequel does? Please tell me about it. I would learn to read Japanese but I don't think my heart can wait to find out till then. Help me, almighty one ! Specifically with Ren, Willhem, and chatolly..from what I currently understand :

Chatolly- lost all her memories after activating the fairy gate then was reincarnated/rebirthed again somehow as a human? That's all I know from her and if that's true then that just leaves me with so many questions that I won't ask right now.

Willhem- towards the end of the anime where he jumps out to save ren and then sees chatolly exploding to save them, he then sees chatolly right after, was that like her ghost or something? I know in the LN he then goes on to have his memories sealed by his master to prevent him from turning into a beast, so does he forget all about chatolly and does she like never come up again? He ends up having the fairies seal him like elq was sealed and that he refused to go to a different universe to start a new journey when his master gave him the opportunity. So he like just continues to sleep and stay sealed forever I presume.. then that's all I really know about him.

Nephren- towards the end of the anime nephren was about to activate fairy gate but then was saved be Willhem who was then saved by chatolly. Chatolly then used her powers to deactivate rens venenum poisoning progression. The LN then goes on to say that she is still alive and got separated from willhem after for some reason.. that's all I really know about her. Why did they separate? Is she like alone now?

I know the LN sequel uses the 4 little girls as the main cast now and introduce a new MC so it may or may not cover any of this but I'm really hoping they do. I saw that you've read up to vol 5 of the sequel and that it's not translated in English yet. Please help me by spoiling it( sad crying face x 100000 and a sea of tears covering the 30 % that is earths land).

BlackFIFA19 Nov 21, 2017 11:59 PM
Okay since you seem to have read SukaMoka please throw every big spoiler of it youve got at me, i wanna know it all, i love spoilers so please spoil me

Shishou_23 Sep 7, 2017 11:04 PM
I was actually waiting for him to finish translating all together to read it and finish it cause he was slowing down a lot lately. I saw that he finished it a couple of days ago, and I saw his message. Imo, he was reading it partially for the wrong reasons, and I think this is an issue common among modern anime viewers.

Germs_N_Spices Aug 19, 2017 5:05 AM
Hello. In response to your request on the SukaSuka discussion, you can find the full Chinese translation of SukaSuka plus EX at http://www.wenku8.com/book/2065.htm . However, the first volume of sukamoka only has a physical copy which you can probably purchase online. (Incidentally, SukaMoka vol 2 has been fan-translated)

Shishou_23 Jul 19, 2017 1:14 AM
Oh yeah I saw the link. I'm currently busy unfortunately so I may join later.
I'm listening to the OST btw and gosh it's a masterpiece . I love Yamada Tamaru . Just listen to always in mu heart full version. This one hit me with the feels so bad .

Shishou_23 Jul 17, 2017 11:08 AM
I don't really know (probably salty about it's rating), but you can check the stats for yourself on the page of novel here in mal. Funny thing is that it's 8.72 rating despite being downvoted lol

Shishou_23 Jul 17, 2017 10:40 AM
Okay, I'll try to join you when i get the chance. Btw i tralized the novel is being downvoted. Like it had 2.5% 1/10s, not even 6/10 scores amount for more than 2.2% so seems obvious enough, but mods are slacking lol idc honestly about scores but these childish behaviors are really ridiculous lol.