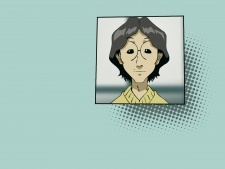 Trick or Treat Limited Edition
Click here for your cards.
They should be sorted alphabetically.
If there are any issues, feel free to PM. 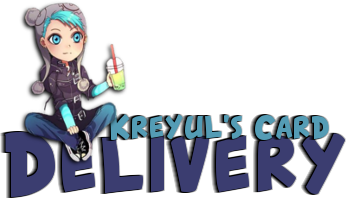 Thanks for requesting !
Please remember to save and re-host within 14 days!
If there are any problems, feel free to PM me.

WARNING: You may have more than 1 card; they're not in alphabetical order

Ctrl+f your name to find your cards
please save and rehost within two weeks
If there are any problems,
feel free to PM me
Thanks for requesting!

mr_utopia_man Oct 4, 2012 6:02 PM
Hehe, thanks. Got married in May of 2011, but I kind of dropped off the face of the earth a year or so before that. :p
Didn't move anywhere terribly exciting... I'd already moved from Portland, Oregon to a suburb south of Boston for college, and after I graduated I stayed within the area. I mostly disappeared after a while when I was there, then moved to a nice apartment in a suburb north of Boston when we got married. But living costs were extremely hgih, so after a year there we then put all of our stuff in storage and moved to her parents' basement for a few months... which is in a town west of Boston. The thing is, I really don't like Boston. So I moved across the country back to Portland to look for work. (which I consider much more exciting, but is still nowhere near the amount the traveling you've been doing :p

Wow... that's a lot to happen! Hope the stable job is one you're able to enjoy! Really sucks not knowing anyone, but I know how that is, too. Hopefully you've been able to make a few connections, at least?

I'm definitely in the living at home doing job searches and "endless days of not much" phase. Kind of afraid I might have to head back to Boston again soon.
Thanks for the wishes!

Hope things continue to be stable, and hopefully pleasant!

mr_utopia_man Oct 3, 2012 4:20 PM
Hello!
I've been okay... lot of stuff happening. Way too much. And way too little. I got married and have since moved a few times. I'm currently back in my hometown looking for work, seeing if we can move back permanently. Yeah....

How have you been doing?

SephSora Dec 2, 2010 4:04 PM
Hey man yea just been hiding in the lab most of the time. Need to grab a drink and some Anime sometime soon, i miss it all! Not seen a single thing in weeks! :-(

How's things with you?

I'm not watching much atm but i'm slowly getting through Kuroshitsuji...a rather silly but enjoyable and occasionally serious series.

Any recommendations from your recent viewings my good fellow?

Free next week sometime in the Burgh?

I am, anime is one of the review categories i'm using, i wouldn't mind if you could maybe help me by doing a couple of reviews of animes you watch? According to the criteria i'm going to use.

A few interesting little old animes are popping into my sights.

I'm starting my dissertation soon which is a university swap shop with a review background...would you be interested in maybe helping me write some anime reviews?