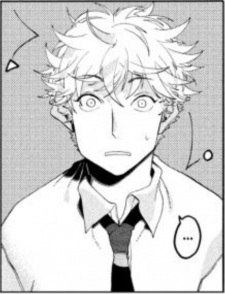 Kyotso Jan 21, 3:53 AM
Hey! Just one quick thing:
so I was checking out your anime list and you seemed to be confused as to where the last 12 eps of “Princess Tutu” were. The thing is, the first 13 episodes were a regular 25 minutes long but the subsequent ones were half length (with the finale being 25 mins again). Some places compile these half episodes into regular length ones, so that’s probably where the confusion came from.
So if you watched twenty five 25 minute long eps then you’ve completed it.
This isn’t really that big of a deal but I thought I’d point it out anyway, haha.

Kyotso Jan 18, 4:19 PM
Haha, nice one - I love Jojo leitmotif videos.
Also, if you haven't seen it, I'd recommend this vid: https://youtu.be/gSJlllk5kcA

Kyotso Jan 17, 6:09 PM
Hey!
For me, the man who saved Josuke is memorable because he encapsulates the essence of DiU, demonstrating his golden heart and defyng the preconceptions of a delinquent - despite being wounded himself, this stranger aided Josuke and his mother in an act of selflessness. This moment is probably the reason Josuke developed the ability to heal others despite not being able to aid himself - something Jotaro describes as "the kindest, most generous ability anyone could ever have".

It's sort of a more personal version of how each Jojo passes on the torch of justice and indomitable will to their successors.

To add the cherry on top, everything comes full circle in the final battle, where Josuke, using this ability birthed from the kindness of some random citizen, is able to save Moriō-chō as a whole from the threat of Kira. It reinforces the theme that reaching out to vulnerable members of the community can allow them to become virtuous souls - "golden hearts" - themselves, and continue passing this kindness down to those around them and future generations.

Also, if you like manga music vids, this one is pretty cool: https://www.youtube.com/watch?v=_if8Y9PdDHg

Aleczandxr Oct 19, 2019 7:24 AM
I'd say the main two things it boils down to are heart and creativity. That's what's stuck with me the most since I saw it.

Aleczandxr Jul 22, 2019 5:52 AM
I’ve already rewatched it. It’s higher than DRRR on my favourites so that should tell you how I feel about it.

RezoanNur Jun 16, 2019 7:29 PM
Yusuke and Joe are both delinquents with a heart of gold I guess. It was a coincidence when I placed them next to each other at the time though. I didn't really think about it like that.
All Comments