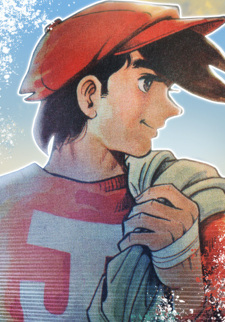 RiBY44 Aug 18, 4:52 AM
I could eventually be in your walls, thanks for the compliment <3 (finally understood how to reply)

lancelot200 Jul 29, 2:54 PM
To be honest, you would only really be spoiled for anime if you're in an anime community on discord, reddit, or twitter. I've so rarely be spoiled about something in an anime unless I specifically wanted to look something up. Like I didn't even watch Attack on Titan on a consistent basis and I wasn't even spoiled anything. I don't think simulcasting forces people to watch series as it airs because of spoilers. It only encourages people to watch as it airs because there will be a new batch of show coming next season. If you're time is limited then you'll have no choice but to decide to skip stuff. People don't watch past series as much because there way more new anime being made now compared to 10 years ago. If there is always something interesting coming up and none of your friends have seen some of the older series then you are less likely to want to watch something that isn't super popular. I do miss the old era, but that's because I'm not a zoomer.

lancelot200 Jul 29, 8:18 AM
What I like about watching as it airs is that you can be part of the anime conversation. With the death of fansubs and the rise of simulcasting, the anime community has moved away from ensure everyone has seen the "classics" and the hidden gem. I could easily push Nodame, and Honey & Clover to all my friends. It was a good era. The other benefit for me is that the time commitment is lower. There always periods of time where my time is placed on other stuff than anime. If want to watch more anime than I can start more currently airing series or include a show to binge watch.

I'm think you're missing the point of reviewers. Generally speaking, if you watch a reviewer before starting something then you're doing so in order to determine if this is something that will interest you. A plot description for a game or movie or anime will only bring you so far. Sometimes you need a non-spoiler review in order to confirm. You don't want to spend money on something that you won't enjoy. Or if you're busy, you don't want to start something when you could have used that time watching something better. If you watch a reviewer after finishing something then you're often doing so because you want to hear a content creator's opinion or analysis on it.

I don't know YourMovieSucks, but I think that name implies that their purpose is always to find ways to why something sucks. If you don't like the roasting or gimmick then obvious it won't be fun to watch. I used to like watching CinemaSins, but then I got bored of the gimmick. I don't consider CinemaSins a reviewer, but sometimes they did pick out good plot inconsistencies.

lancelot200 Jul 28, 8:12 AM
In that case, check them out. :P I can agree on that type of slice of life. It's not plot driven, but I'll still watch some of them because there might be something interesting. Like Aria is an iyashikei, but it's still cute girls doing cute things. I gave Akebi's Sailor Uniform a shot purely because it was from Cloverworks. I think that this type of anime only works on a weekly schedule because you can't watch too many episodes.

I'll watch a review after I finish an anime, but I'll watch season preview stuff when I want to get new ideas for seasonal shows. Sometimes the description is not appealing but if the anituber has read the manga then there is usually a better support for the recommendation. Mother's Basement just really funny videos when it comes to the trash shows of the season. I'll never watch those shows, but it's fun to see just how bad they are.

lancelot200 Jul 27, 7:45 PM
Three of my five favourite anime are slice of life. Keep away from them lol

I feel like you'd like Mother's Basement (https://www.youtube.com/c/mothersbasement). He'll often review trash anime of the season and identify the new trash at the start of the season. Funny stuff.

lancelot200 Jul 26, 4:43 PM
Isn't Detective Conan episodic? Like Lupin the Third.
You watch a lot of trash shows yourself, though. So can you really say that you aren't forcing yourself. :P Granted they are often short titles, but those things add up.

lancelot200 Jul 26, 3:11 PM
I'm forcing myself. Otherwise I would drop, but I hate dropping. Feels like failing. People have watched 1000 episodes of One Piece because it's that good. I'm sure that there people who think Detective Conan is that good and would be appalled by you skipping arcs :P Sometimes I know that I'm watching something that is probably going to be okay because there is just not enough mecha. I love mecha anime.

lancelot200 Jul 26, 8:16 AM
No way! No skipping. That's weaksauce. You are meant to watch it how it was created so you can say that it was mid. Otherwise you read the manga haha

I'll try my best to keep an eye on those badges. I thought it was like the Challenge thing or the Fantasy League thing. Way too much effort.

I thought the stack functionality was different than the badges. Learned something new. Every stacks gives you a new badge? I feel like that's an unlimited number of badges since users are the one creating stacks. lol

lancelot200 Jul 25, 4:50 PM
I would never restart something like Naruto because I haven't watched an episode in two years. Too much effort just to hit the wall again. If it was a very good anime that I somehow dropped or something then yeah I would rewatch from the start.

Doesn't you only get MAL badge by registering/posting somewhere in a forum? I have never receiving any badges.

lancelot200 Jul 24, 10:08 AM
You're suppose to do that with okay and long ass series like Naruto... Not with quality series! Like I have to force myself to watch Shippudden because of the filler arc. Just a total waste of time. Trigun is a classic so I support your attempt at finishing it! I'm too lazy for MAL challenges. They should just give out badges without registering.

lancelot200 Jul 23, 7:48 AM
I see that you've also place Kill la Kill on hold. I guess you aren't a fan of Trigger's over the top style. Since you finished Visual Prison, how can I influence your next title selection lol
All Comments