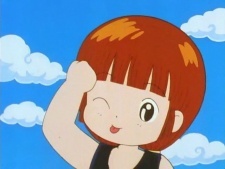 Corwen Aug 30, 2015 7:25 AM
Alright, I stand corrected then. Maybe I should've put "the imouto may be alive," instead. I had hoped that she would've just been/stayed dead all the same because she's annoying as fuck - hence, my post in that thread.

Sorry for not paying attention to your favorite animu.

Pentobarbidoll Jan 27, 2014 8:34 PM
I've noticed you seem to be there to counter my based Chitoge gospel at every turn. I commend you for your devotion.

What your opinion on the series and the characters you like?

Im not really sure what the last episode was about anymore, i remember the show as a story but not by episode, i think watching it might fuel your hatred for her even more (which is a good thing) because its just another display of her selfishness and all.

Anyway, normally i do like tsunderes, but Taiga isn't even a tsundere, shes an annoying emo like you said and theres nothing cute about her ~~

As for people being pedo if they like her - well now, i don't think even pedos would like her since there are so many more better looking/character chicks out there, lol. And i don't have anything against people who like underage girls, as long as it just stays in "like "and they don't do anything about it >_>.
But i do agree that they are tards, shallow/close minded people who get like " +50 points on liking her just because shes main character" or something.. same with clannad, its beyond me why the hell Nagisa is so hyped considering *every other* chick is better than her, i guess just cuz Nagisa is main she gets that much love

I really have a hard time realizing why people worship her so fucking much tho, whining lil selfish bitchy character.
I also wonder what the creators thought when they made her , probably ;
"hey bro lets make her play with her friends's feelings all the time and steal her friend's money in the end to run away with the guy she stole from her best friend but then lets make her change her mind and come back with those exact same money , lets make other characters's feelings completely inferior since they are drawings anyway and because they are not the *main* none will care about them, and then lets see how many idiots are going to put her in favorite characters"

I just can't anything seriously that has medieval cannons shooting at high speed trains while said train going at full speed has people on horseback and armed with swords keeping up with it , etc.

Neji Apr 1, 2009 9:35 PM
Hey good review on Tytania. I gave it a 7, but all of your points were valid. It did have many holes but I still could enjoy it I have dropped LoGH after couple of episodes, cause it was slow and may be that's why was able to enjoy it.

weelillad Mar 21, 2009 10:39 AM
Commenting in Toradora discussion thread about how much you dislike the anime will only lower people's opinion of you, not of the anime.