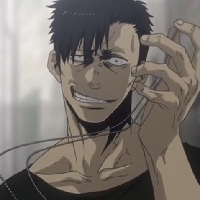 -Zarlo- 9 hours ago
Thanks for the compliment ^^ Took me quite some time to actually design my profile but i‘m happy with how it turned out.

Yeah, Chainsaw Man is great so far. I had that on my Plan to Read list for such a long time and when i saw the announcement for the anime i finally bought all of the manga volumes and now i‘m catching up with it.

You mean my „Rating System“? I just used an online image resizer. That worked quite well for me. Then i just uploaded the images to a website like Imgur and then the BBCode worked perfectly fine for me.

-Zarlo- Yesterday, 3:17 PM
Thanks for the friend request!

Yes! Death Parade is underrated in my opinion. Awesome show with a strong message. I loved it

catlover505 Aug 4, 8:47 PM
oh dw you're good, i was getting my hair done today bc i start school tmr, which is why i'm replying now. as for mha what i did was watch seasons 1-4 (all that was out at the time) then i read the manga from that point on. i dropped it once (in the first season) bc it was boring me but from USJ on (end of s1) it's vv entertaining so you just gotta stick w it. i watched it for the hype too lol watching/reading popular stuff is fun bc you share things with a large fandom with many views and ideas

now that school's starting up, i'll probably watch more anime bc i like to watch stuff while i work

catlover505 Aug 2, 8:10 PM
the part that isnt canon is s1 from when angel is introduced to the end of the season, although that was their real mom. s2 is canon tho. the blue exorcist manga is really good i most def recommend it, there's some stuff i dont understand tbh but i know it'll be explained eventually. it's currently on hiatus until april 2022 while the author works on something else, so you have plenty of time. the monthly wait is so painful because we're in the midst of a great battle, but i think it's a very fulfilling read.

as for mha, i only watched the first ep of s5, but i read the manga so i can def say the actual story for that part is very very good. lots of great developments! right now, they're doing the my villain academia arc, which is my favorite arc of the story!!! i love it so so much, so i def recommend. i'm ngl i found the joint training arc (the first arc of s5) a bit tedious but i think it was a great way to properly introduce class 1-B and show the characters' growth, so it accomplished what it was meant to. i want to watch more of s5 myself so i can see the fights animated

i read a lot of manga/comics bc it's hard for me to watch stuff lol i just dont feel comfortable staring at the screen, but if i read it then it's at my own pace so that's why i prefer manga.

catlover505 Aug 2, 7:49 PM
oh yes i watched s1 of the anime up until it deviated from the manga then i read the manga and watched the anime for the kyoto arc and after that read the rest of the manga. i really really like it! i think the anime's weird adaptation method scares people away. i see that you also like spy x family, we seem to have similar taste

Uji_Gintoki_Bowl Jul 14, 7:00 AM
Thanks for the friend request!
All Comments