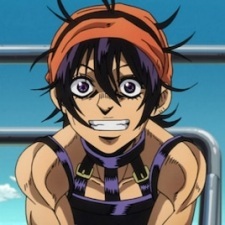 RalphMcGarry Jan 8, 12:14 PM
Because Wikipedia says it is Ralph McGarry, the bf of the main Anderson character. And that’s my name. :-)

MSK3 Jul 11, 2020 12:25 PM
Jesus Christ, I've always heard of the legendary /a/ 3x3s, but hadn't ever actually went and looked at them. The threads are all LotGH, Tatami Galaxy, EoE, and other truly "intellectual" anime. Otherwise, there were a lot of 20th century 3x3s filled with hyper-obscure shit I've never seen before. The cherry on top was when someone put together a normal 3x3 with shit that they enjoyed, and a bunch of people would call that person a faggot with garbage plebian taste.

MSK3 Jul 10, 2020 5:46 PM
Yeah I totally understand what you mean. Some of what you mentioned (like the origin of Johan's motives throughout the first 60ish episodes) were things that I also was a little but unhappy with when I was watching. Personally though, I felt like the payoff for his character was more than enough in the end, and even though Johan's actions may have been a little been redundant throughout the first two acts (lots of killing and manipulating without reason as to why), I did end up really enjoying his character in the end.

The whole reason I asked you was not to try to change your mind and try to convert you to the cult of Monster or anything like that, but because a lot of people give shows like Monster or the Monogatari Series bad scores without any reason except to be a contrarian to popular, established opinions. Everyone is subjuctive about liking and disliking stuff (obviously), but when people dislike things for the express purpose of trying to appear superior to those who like said thing without clear reasons or opinions to back up their hate, it just pisses me off. I even see this kind of stuff a lot when people talk about shows like BNHA, where you're guaranteed to always get someone who says things like "it's the worst thing since Judas" and "only fucking baby beta-males would watch that shit" when its brought up in a thread or conversation. I'm pretty sure that people don't actually hate BNHA that much; rather they like to feel as though they are superior or more intellectual or some bullshit like that by "disliking" the show, and insulting those who do like it. In a nutshell, I had though that maybe you were doing something along those lines with your Monster score (trying to be provocative or be against others), but clearly you weren't, and I was just mistaken. Sorry for the quasi-rant.

MSK3 Jul 10, 2020 4:57 PM
I mean I dunno, saying it was a yawnfest doesn't explain why you didn't really like it. Was it the characters, pacing, or something like that?