Frandoll Jul 24, 2020 2:00 PM
I absolutely loved your Monogatari reviews! After hearing many glorifying (and unfortunately unironic) opinions about Araragi I almost began questioning my own sanity (╯°□°)╯︵ ┻━┻
Glad to finally find someone with the similar opinion!

-Sonal- Nov 16, 2017 9:19 AM
Madhouse had to run through the entire gamut of hairstyles for women in this show just to differentiate them.
😂😂
I liked your Claymore review.

lawlmartz Jul 22, 2016 5:39 PM
BOW DOWN TO MAO! THESE REVOLUTIONARY WESTERN IDEAS OF SATIRE AND HUMOR ARE CORRUPTING THE YOUTH OF THE PEOPLE'S REPUBLIC OF MAL! 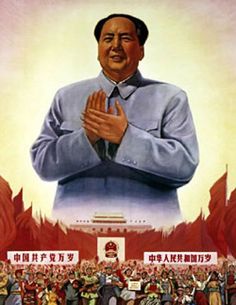 WStCA Jul 9, 2016 1:59 PM
Is there really anything I can say about it that hasn't already been said? I guess all I can do is express my annoyance at it.

SunlitSonata Jul 3, 2016 6:57 AM
I feel as though your SAO hate "review" was way too harsh for its own good. Most of what you complained about was either nitpicking, Strawman assumptions, or seeing something worse than it actually was.

First, you suggest that the show is sexist because Kirito does more asskicking than Asuna does...how does that constitute sexism? Especially considering Asuna saves Kirito a few times too. It makes sense Asuna's more speed oriented build would have less of an effect on a massive boss like the Gleam Eyes, but even still she landed the first few hits and gave Kirito the opening he needed to let loose on it. It's still shown by the narrative that Kirito and Asuna are stronger when they fight together. Hell, Asuna WAS stronger than Kirito in a different way at the start, and there were still moments to see her kick ass. Kirito himself isn't trying to prove anything on a gender standpoint, he just does what he does, regardless of gender. Hell, Sachi meant so much to him that dying completely changed his outlook for several episodes later.

The menu thing is just a nitpick. But being a damsel in distress is something to blame the writing for far more than the plot. She's trapped through a method she could never have prevented, if she was defiant like before her memories would be erased, and she doesn't just wait for Kirito to save her, she actually tries to escape on her own, and although the plan failed, she still found a key card that Kirito NEEDED in order to save her. So she provided the means to her own escape.

"Tons of evil programmers", sure all two of them. Even then Kayaba wasn't "evil" in the same way Sugou was. Kayaba was someone who had this massive dream and idea but simply took it way too far as opposed to being outright malicious like Sugou was. It was all a game to him, and he even helped the players in the game and basically carried them through. Sugou was doing it for outright evil purposes to those 300 players, and he trapped Asuna so he'd technically always have her approval since she can't say a thing about it to her parents, and this is outright stated.

When Kirito said "I need you to stay behind so I can fight harder and not have to worry about my HP", he wasn't referring to going alone. He told Leafa to stay behind because if you saw while Kirito was charging his illusion magic, he needed Leafa to constantly be healing him so the enemies attacks wouldn't drain all of his HP in the process. It was a method of standing up to the attack longer through constant healing.

The writer never playing an MMO shows up where exactly? In Kirito turning into a monster? This was stated to be a type of magic bundled with Kirito's character type in the game, and he uses it again to create smoke in his flight battle.

Lack of animation in the second half? Where exactly? The show has very pretty backgrounds like in the cave, the emerald city town, across the tower and of course inside the tower for all of the fight scenes. Animation constitutes movement and there's tons of it, and the first half animation is confusing because, lights? The fight scenes always have a focus on the characters' faces and even then have moments that slow down so as to make sure that they can let moments sink in as opposed to letting the animation cheat by skipping certain parts of the impact.

I suppose you were right about the camera skirt panning, but the explosion was Eugene's own magic and a fleeing diversion tactic to escape. Plus it flat out looks cool.

Jee, Sugou is gloating to her, of course she'd say things about him never getting away with it, and while the tentacle scene was a pretty dumb piece of writing, it doesn't ruin Asuna's character as again, she pretty much had no power. It made me want to Kirito to GTH over there ASAP though.

Oh yes, I remember the Scott Tenorman episode. The one where Cartman gets Scott to eat his own parents in the chili? Well the year licking scene in that was funny/cathartic because Cartman was trying to do it really fast multiple times against someone much taller than he was. In SAO, it's a very slow lick, and because of that, it can't be put in a comedic way by the same nature. It's gross and disgusting and it makes you feel like barfing, but I wouldn't say it did anything above its entire point. Like the scene where Ragyo is with Satsuki in the room in episode 16 of Kill la Kill.

And complaining about the tits thing is rather petty. Two of your favorite anime are Kill la Kill and Neon Genesis Evangelion, neither of which show any tits during the scenes when their characters are naked. Either way the SAO one is shot from a wide angle to not really see it anyway.

Umm. I'm pretty sure the show wanted us to hate Sugou the moment he started sniffing Asuna's hair while she's unconscious in the hospital. Not that he's a good villain, he's pretty bland and cliche in all honesty and what they did went too far, but there was gradual buildup to what he'd eventually do.

The ending is in no way the same as that scene from Evangelion.

In Evangelion, the plot was still going on, and that scene was meant to break tension. Asuka kissed Shinji because of her attitude problems moreso than real attraction, and Shinji himself was outright being choked by it. The Penguin coming in was the icing on the cake to make the scene of humor work in a series that was about to head into REALLY dark territory.

In SAO, the scene was an emotional high point that signified that the problems of the arc were solved, and both of them put their passion into the kiss because well, they love each other and they finally get to meet IRL like they promised before after being torn apart for so long. It was meant to be a heartwarming scene, not a funny one, sealed by seeing their SAO Avatars on the window.

Though if you say it rips off Eva, than so did every kiss scene ever made after, but it didn't, and usually scenes of kissing can have very different points in the narrative of any given show
(ex Kill la Kill's scene of Ryuko kissing Nui was meant to show how the brainwashing took hold of her, doing a kiss for luck to the one who killed her father), so in general, scenes of kissing wouldn't rip anything off to be honest, and amongst the actual flaws in SAO like the pacing or some of the dumber fanservice scenes, that's hardly worth complaining about and makes very little sense.