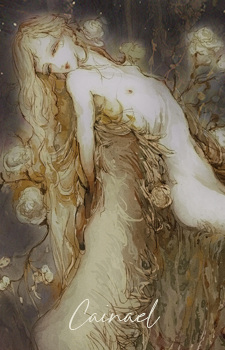 AncientCurse Sep 13, 11:47 AM
You are right, there are a lot of harem universes. I rarely shut my brain off and indulge in being a guy watching harems. Last one I watched was a few months ago.

I read the synopsis for Uramichi, it's an interesting anime and I feel like I would relate to it to a level. I'm only 23, so it may not be that relevant for me, since I lack a part of the experience of the adult world. I'm getting into it though. Looking for a job and all that.
I tried starting Gintama, I guess I will try again later. SaikiK is pretty nice, I watched it up to a point.

Hmm, I think Barakamon and Usagi Drop are nice SOLs. I hope you'll like them.

Interesting. I think the first season of Promised Neverland and Psycho-Pass also had intricate mind games, and the characters are also pretty smart. Though they're not about sports, they're thrillers. :P

In my school I have religionistics, so I'm waiting for Egypt to show up. (Yeah, I'm still at school, not an elementary though)

It's okay if you're psycho :DD But I will have to disappoint you... It's kind of fluff and not that angsty (hm...Why did I even recommended you that lol), so you don't have to read it :DDD But that isekai one is really smutty and funny xd It will have an anime adaptation at october 1st (Oh sh*t, It's really soon xd)

But thank you so much for another recommendation, I will read it! I love your recommendations :D It's not usual fluff manhwa and that's why I like it

You know hypmic? Niiice :D I love hypmic. I can say I'm kind of obsessed with hypmic (and with Ennead too xd). Can I ask who's your favorite character or division? I love Shibuya's Fling posse :D In terms of characters, definitely Gentaro, Jyuto, Saburo and Hifumi :D But it's sad that Bad ass temple and Dotsuitare hompo weren't there (only Rei for a minute?..xd) They would be amazing in the anime

I'm big fan of their music too! They just released 2nd Rap Battle song called Showdown by Fling Posse, Buster Bros and Matenrou! I don't know if you're active in hypmic fandom, but you can listen to it :D It has really calm vibe unlike other battle songs xd

About that social anxiety- I'm not worrying about much about that, it's just other people can't understand what exactly it is (being shy, afraid of others, feeling of being judged of others etc.), and all they could tell you is ''In that case ignore others'' xddddd I don't if I must laugh or cry at this answer xd They think it's too easy to do that xd but enough about this xddd

I just want to ask, do you know/like The Witcher? (Just asking randomly xd)

I'm really glad you answered me! I really like chatting with you :D
And if you read something good again, you can recommend it to me :D

AncientCurse Sep 12, 2:17 PM
Oh, well, I started watching it when I was no longer that much into watching shows in general. But it was nice nonetheless.
Hmm, true, I haven't seen many similar shows. I guess most of them are of the cute anime girl type.

AncientCurse Sep 12, 11:35 AM
I'm glad it made you laugh haha. Honestly, the question made me think instantly of Daily Lives of Highschool Boys.
I watched the anime while skipping it a bit, but I liked it. Especially the Literary Girl scenes.

Loggie123 Sep 10, 1:18 PM
It's not boring don't worry! :D I like to read your opinions and thoughts <3 (It's me who should apologize for my amateur English and more things xdd)

After reading little bit of the book I bought (that about mythology), I'm more familiar with the gods, why they were in Ennead and short explanation about them :D I can't recommend it to you, because It's book made in my country only...

I'm little confused, because Egyptian religion contains about 2 000 gods, meanwhile some gods are the same as other gods etc. It's confusing! One thing is for sure, it helped me to realize the position of the gods among themselves, some were really famous and some weren't. Ennead group are fortunately the most known gods in all Egypt (So it's not that hard to find information about them :DD)


Even tho I said that I don't like fluffy stuff as well, my list of completed manga includes some fluffy webtoons.
I can recommend 'The Priest's Chart'. This one is not yaoi but only shounen ai, so it's kind of fluff.. (You don't have to read this :D).

But manga I want to reccomend the most is 'Mother's Spirit'. It's not that angsty, but it has really nice plot (And it's really short! only about 2 manga volumes, about 12 chapters). It's love story between japanese men and men from unknown tribe somewhere in the forests :D

You recommend me one isekai, right? In that case, I will recommend one more manga too. It's 'Reincarnated into Demon King Evelogia's World'. It's hella fun to read xd

Yeah, it aren't good recommendations for you I think, but I don't read angsty manga that much (even tho I love angst). I guess you read all those Bl's, so if that's the case, I'm sorry :D I love Bl, but I don't read that often or I am obsessed with one BL for a very long time and I read it 2-3x :DD (That's Ennead's case, I just love it)

My mangalist contains a lot of Dramatical Murder and Hypnosis mic DJs xd It's not easy to choose 1 or 3 good BLs that can read almost everyone (Without need to know characters, their relationship beforehand etc.)

I know, my replies are boring and not good, but I'm trying :DDD I really like to write you messages like that and discuss certain things together...That remains me. Do you have some kind of email where we can chat? Only of you want of course! I don't want to force you into this

It's my first time disscusing my favorite things with other people, but it's up to you :D I'm just so awkward lol

To be honest, I'm kind of newbie in Ennead :DD Yeah, I read it till chapter 60 (maybe? I'm not sure), but then I decided to read Ennead again :D It might be confusing for someone to know the names of the gods, their family tree etc. right away (you know what I mean, right?) It was really chaotic for me to immediately know who exactly for example Osiris, Horus and even Seth are... That's one of the reason I bought a book about egyptian mytology to understand it better and started to read Ennead again (It's not that I didn't know what was happening there, I just want to understand every little detail between their relationships and Ennead's plot in general).
What I like about Ennead most is that it kind of follows real legends and myths of Ancient Egypt and their gods.Especially Ennead group, it's the true name of a group of nine gods that are also as main characters in Ennead (in most cases :DD) And that led me into 2 decisions- read more about ancient Egypt or continue to read Ennead again? :D

But in terms of ships and my favorites characters- I LOVE SETH SO MUCH <3 Not his appearance only (he is hot tho), but his character too. I kinda hated him at first, but as the story continues and we can see more of his thoughts and how he feels, I started to love him so much (and started to hate Osiris because of what he did :DD), but even that I love angsty, smutty and violent plot so muuuch. I would rather read some kind of angsty story with a bad end instead of fluffy story (I read these too, but not that often..i just need some kind of angst xd)
For ships....Seth and Horus all the waay <3 I know about season 2 and the 'unknown god' (I call him jesus, because i didnt read that part yet), but for me Horus and Seth togeher are better :P I just miss the smut scenes a lot (there were only 2 if i can remember correctly)..but even so I love Ennead

I read webtoon a lot too! I can recommend you some good Bls, but I think you read more webtoons than me xd

oops I wrote too much! I'm sorry :D It's just I'm too happy to talk about these subjects like BL and Ennead <3

DanganTrash14 Sep 5, 12:01 PM
You can also watch a playthrough of the first two games on YouTube, Lucahjin and Johneawesome made really good playthroughs of the games

DanganTrash14 Sep 5, 10:39 AM
Its more of a game series and Danganronpa 3 is a prequel of what happened in the second game. I would get the first two games and play them and then watch danganronpa 3 to understand. There is an anime for danganronpa 1 one but its way too fast paced and you dont really get to know the characters

DanganTrash14 Sep 5, 10:12 AM
I love your profile and forum sets! Theyŕe beautiful! I also am kinda obsessed with Ddu-ddu-du as well :D

lemon1melon Sep 5, 8:52 AM
I really enjoyed Wonder Egg Priority so I will definitely check out Selector. Also same I didn't watch Madoka because I thought it would be similar to other magical girl anime, not that I don't enjoy a good magical girl anime sometimes.

lemon1melon Sep 5, 8:32 AM
Yahello! Thanks for the friend request! (◍•ᴗ•◍)
It's nice to meet you!! Your profile is stunning. Also yes I love Utena too! I see you also like Madoka Magica. I'm super excited for the new film. 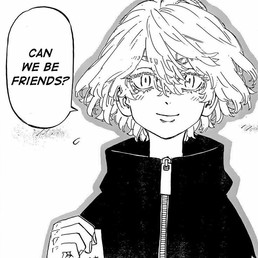 Kineta Aug 31, 5:09 PM
At first I thought, "Oh no! Uramichi isn't for everyone!" but then I read further and I'm happy to see you're enjoying it :D Honestly, I started it while expecting it'd get old after a few episodes, but I've been positively entertained.

Also, I never replied to your previous comment, but I was very happy to hear you enjoyed Kaze ga Tsuyoku Fuiteiru. It was one of my favourites while it aired. ...Based on that, I was going to recommend you Bakuten, but I see you already watched it and also gave it a 9~ We seem to have good compatibility!
All Comments