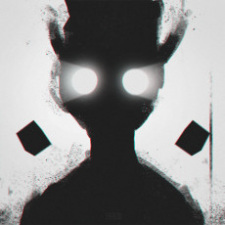 Roy_Cybertron Mar 5, 2018 3:52 AM
Hey bouwlamp , how are you? It's been a long time since I msg Ed you hehe. I was just asking have you seen Devilman Crybaby and B:The Beginning? They are pretty good shows , especially Devilman which is Just phenomenal! You should Watch both incase you haven't seen it.
BTW , are you looking fwd to AICO: Incarnation , which will be released next week?

Roy_Cybertron Dec 2, 2017 10:34 AM
Hey bouwlamp(Michael) , have you seen Neon Genesis Evangelion and the end of Eva? What do you think about the show? Was it understandable , especially the ending because I have heard a lot of controversies about the ending of the series. Also , is End of Eva movie difficult to understand too?

Autumn arrived. While it becomes cold and somber outside every day, this marks also the perfect time to get into a reading mood. Don't you think? So why not have a seat in your most comfortable place? Grab a warm blanket, maybe some hot coffee, chocolate or tea and make it yourself as much cozy as you want. Pick up a manga and dive into adventures! The Manga Reading Challenges Club offers a bunch of different challenges for every mood. Just want to challenge yourself to read more manga in general? Do you want to explore a specific genre? Maybe want to discover new artists? Or do you feel like your Completed-list lacks some manhua/manwha/LN/etc.? You might even be brave enough for some really tough collections? Then come on in!
We are looking for new members to keep the club active and excited! We will do our best to add new challenges, which ensures to push your reading further and beyond! Want to join? You are welcome. :)
If you don't want this entry in your guestbook, feel free to delete it. I don't intend to annoy you with it by no means, since you seem like you enjoy reading manga! :))

Roy_Cybertron Oct 25, 2017 1:42 PM
Yeah , Death Note is the 1st anime I watched and it was quite a thrilling ride. It was great. Psycho_Pass in my opinion , is a masterpiece. It was very unique and the style of the show appealed to me very much. The cyberpunk setting as well as the villain was terrific.It is also the 1st seinen anime I watched and also had some deep messages.
I thought you liked Psycho-Pass more because you rated it 8 and DN a 7. Dn's a 9 and PP's a 10 on my list. That's why I asked.
I have only watched 4 episodes of Monster. I can't give you much but it's a first non-horror anime which gives me the creeps. It also has a very dark feeling type to it and the story is brutally realistic and has very realistic feeling to it.I hope it maintains it's charm. Also , I have seen a very little of Yohan Liebert ( the antagonist) but he has quite impressed me. I just hope he impresses me enough to call him one of the best villains ever as every one does.
What do you think of the show Re:Zero , Yu Yu Hakusho , Akame ga kill and Code Geass?

Roy_Cybertron Oct 24, 2017 12:54 PM
Hey bouwlamp , what do you think of the anime Death Note and Psycho-Pass?Which one do you think is better? Oh , by the way , have you seen/read Monster?

Roy_Cybertron Oct 14, 2017 10:08 AM
Yeah , I'm watching it. The 1st episode was really impressive and I'm definitely looking fwd to the next episodes. You should watch too. The 1st episode is also getting great responses. BTW , have you watched Ajin?

Roy_Cybertron Oct 7, 2017 12:11 AM
Hey bouwlamp , what do you think of Tokyo Ghoul and it's sequel to Root A?How much is it different from it's manga counterpart and which one do you think is better , the manga part of Root A or the anime original one. Also , how is Tokyo Ghoul : re and is it better or worse than the 1st part?

Roy_Cybertron Oct 5, 2017 9:34 AM
Yeah , I also thought the 1st episode of Black Clover was decent .The MC was really getting on my nerves , but the anime felt like it would be an average long-running shounen , which I think would be nothing too great but enjoyable in the long run.I will continue to watch this show. But the thing pissing me off is many ppl dropped this anime on 1st episode and gave it a rating of 1. I think this is a foolish decision.
Well I'm looking fwd to Mahoutskai No Yome, Black Clover , Ousama Game (I do enjoy mirai nikki stuff) , Just Because! , Vanishing Line , Inuyashiki , Dies Irae , Kino No Tabi . Can't watch Food Wars and Kekkai Sensen because I haven't seen their previous seasons.
I definitely recommend you to try Inuyashiki , it's a manga from the author of GANTZ . So , if you are into Seinen stuff , you might enjoy it and I heard some great things about the manga.Also , I also have been hearing a lot of good things about Mahoutskai No Yome. It's from WIT Studio , the studio behind AoT , and the reason AoT S2 ended up with 12 episodes.
Are you planning on watching Ousama Game. It's already out on the internet by now and probably on Crunchyroll (Can't say with 100% guarantee).

Roy_Cybertron Oct 5, 2017 9:15 AM
Hey bouwlamp , what shows are you planning on watching? Did you like the 1st ep of Black Clover?

Roy_Cybertron Aug 6, 2017 11:01 AM
well , one friend of mine always used to tell me that it's for kids , but later on as soon he found out that I had given some anime to some of my friends and they had become good anime fans(these people never have watched anime b4 , not even in childhood) , he usually stopped saying it :P. Have you ever gone to any anime conventions like AnimeExpo , Otakuthon etc. etc.?
All Comments